Some notes on consent and sexual offences (Part One) 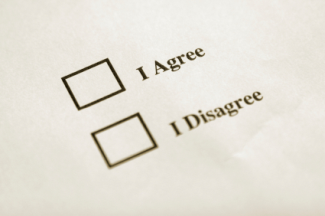 (Note and Warning: I teach criminal law and the philosophy of criminal law. This year, I’m trying to expand my knowledge of the ethical and philosophical debates about sexual offences, something which I have largely ignored in the past. As part of this effort, I’ll be doing a few posts on topics like consent, rape, sexual taboos and sexual assaults. Obviously, these posts may contain triggers for some people.)

Consent is, without doubt, the most important concept when it comes to understanding sexual offences. With the exception of crimes of sexual taboo, which are less and less common these days anyway, the “criminality” of sexual offences derives largely from the fact that a sexual act is performed without the consent of one or more parties to that act.

Take the definition of rape in England and Wales. Section 1 of the Sexual Offences Act 2003 defines rape in the following manner:

A person (A) commits an offence if -

(a) he intentionally penetrates the vagina, anus or mouth of another (B) with his penis

(b) B does not consent to the penetration, and

(c) A does not reasonably believe that B consents.

Conditions (b) and c) both appeal to consent. They tell us that the offence cannot be committed if B consents to the penetration, nor if A reasonably believes that B consents. The suggestion from this definition is that consent is morally transformative. Its presence changes what would otherwise be a prohibited criminal offence into something that is permissible; and its absence does the reverse. How does consent manage to accomplish this feat?

Two sub-questions would seem to arise. First, what is the nature or ontology of consent? And second, under what circumstances is consent absent or negated? Over the course of this post and the next, I want to sketch some possible answers to these questions. I do so by following the discussion in Douglas Husak’s article “The Complete Guide to Consent to Sex: Alan Wertheimer’s Consent to Sexual Relations”, which as you might have guessed from the title is a review of a book by Alan Wertheimer. Ideally, I should read Wertheimer’s book, but Husak’s article introduces the main themes and issues.

I want to be clear at the outset that these two posts are not considered or well-thought-out views about consent to sexual relations. They are really only slightly polished versions of my notes on Husak’s article. I offer them partly in the hope that in writing them up I will clarify the issues in my own mind, and partly in the hope that others might find them useful.


1. Performative vs. Attitudinal Accounts of Consent
When it comes to the ontology or nature of consent, there are basically two accounts with which to contend:

Attitudinal Account: Whether a person has consented, or not, to a particular act depends on their subjective attitude toward that act.

Performative Account: Whether a person has consented, or not, to a particular act depends, at least in part, on whether they performed one or more consent-signalling acts.


Each account has its defenders. The attitudinal account is pretty intuitive, at least when we approach the matter from our own perspective. I certainly tend to think that whether I have consented to an act depends on my mental state, nothing else. But the performative account has its attractions too, particularly when considered from a legal perspective.

One of the good things about the performative account is that it puts the onus on the person claiming that there was consent to prove that it was indeed present. The default position in a liberal society is that people have a right not to be physically interfered with. The presence of consent could move us from the default position, but we need sound reasons for making that move. Objectively-assessable evidence is the only thing that could supply those reasons. So what were the actions that signalled consent on the part of the alleged victim?

Of course, the performative account has its problems too. What counts as a consent-signalling act? Ceteris paribus, saying something like “Yes; I wish to have sexual intercourse with you” would probably count (the “ceteris-paribus”-clause is all important here). But what about other signals? Could “no” mean “yes”? Could wearing provocative clothing signal consent (at least enough for A to reasonably believe it was present)? The affirmative answer to these two questions has traction among certain people. Surely we wouldn’t want an account of consent that entertained these possibilities?

An easy solution to this problem is to adopt a common knowledge test for performative signals of consent:


But this solution has its own difficulties. Common knowledge is a subtle and difficult thing to achieve. In a previous set of posts, I discussed Pinker, Nowak and Lee’s theory of strategic speech. These authors pointed out that many people use indirect or ambiguous speech acts to try to achieve certain ends. They do so because such speech acts allow people to signal their desires while maintaining plausible deniability. Part of the reason for this is that indirect speech acts block the route to common knowledge. I’ve no doubt that indirect speech acts (and other ambiguous signals) are routinely used by people to enter into sexual relations. Do all these cases involve non-consensual sexual activity?

Perhaps. The question is not intended to imply that the common knowledge standard should not be used. It is just to say that it may demand more than we realise. One could argue that the risks of causing the harm associated with non-consensual sexual activities are sufficient to merit this high standard.


2. Harmfulness versus Wrongness
Still, there is some confusion lingering here. The performative account tells us that consent is only present if there are performative signals of consent. But how can something constitute consent if it must also signal consent? Surely the signal and the thing signalled must be distinct? The implication would seem to be that the performative signals are merely indicative of some underlying mental state, and that it is this mental state that really constitutes consent.

The confusion may stem from the conflation of harmfulness with wrongfulness. Consider the following case (which comes from Wertheimer’s book - I think the name is unfortunate but it is original to the book):

Quadriplegic B really desires, hopes and wants A to have sexual intercourse with her. Due to her condition, however, she unable to communicate or signal her wishes. A decides to penetrate her anyway.


Has A done something wrong? Yes, clearly. Has B been harmed? Maybe not. To my mind, it seems like B has not been harmed. After all, she really desired, hoped and wanted the sexual intercourse to occur. It is difficult to see how a person could be harmed if their considered, second-order desires have been fulfilled.

But A’s act is still contemptible. The reason for this is that A needs to act from appropriate moral reasons. The default position, as I said above, is that interfering with another person is wrong. A has no evidence or grounds for moving from that default position. Secretive consent cannot change his reasons for action.

This suggests that the attitudinal account gets it right when it comes to the harmfulness of rape and other non-consensual sexual activities; and that the performative account gets things right when it comes to the wrongfulness of such activities. Clearly, the performative account is more relevant to the criminal law.
Posted by John Danaher at 8:15 PM