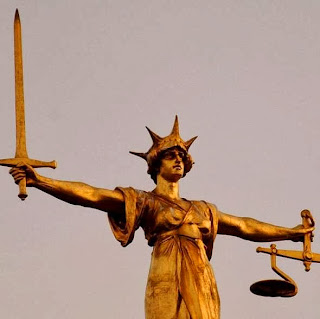 This series of posts is about game theory, signalling and plea bargaining. It is based on Russell D. Covey’s paper “Signaling and Plea Bargaining’s Innocence Problem”. The problem addressed by Covey’s paper is this: how can a defendant, with private knowledge of their innocence, credibly signal this information to a potential prosecutor during pre-trial plea bargaining? Covey proposes an answer based on an analogy with a card game.

We ran through the basic elements of the card game the last day. There are two players: H (the house) and G (the Gambler). H deals four cards, face-down, onto the table in front of G. The cards are dealt at random, but two are red and two are black. If the bottom card is red, then G gets to keep his money. If the bottom card is black, he loses $20. Consequently, G’s expected loss is $10, and conversely H’s expected gain is $10. But dealing out is costly to H, so H is willing to accept 50% of his expected gain from G prior to dealing out the cards. If G is rational, he should accept this offer.

We finished up the last day by adding a twist to the game — private information. We allowed G to look at the top card, but not to show it to H. Doing so changed G’s expected losses. For example, if the top card was black, his expected loss was $6.66 not $10. But could G do anything with this information? It was suggested that he could use it to negotiate a more favourable deal with H: if H is willing to accept 50% of his expected gain in order to avoid dealing out costs, then he should be willing to accept $3.33 whenever G sees a black card on top. But the reality is that G could never convince H that the top card really was black. For even if it was red, G would have an incentive to pretend that it was black, and H wouldn’t be able to tell the difference. This is somewhat analogous to the situation confronting the innocent defendant in the plea bargaining scenario.

What we’re going to do now is consider another variation of the game that allows for G to credibly signal his private information to H. This is called the “Sub-Wager” version of the game. We’ll then see what implications this has for plea bargaining.


1. The Sub-Wager Version of the Card Game
The subwager version of the card game changes what was originally a one-step game into a two-step game. It works like this:

Step One - Private Information: H deals four cards face-down onto the table, two red, two black. G gets to look at the top card, but cannot show it to H. G holds the top card to one side. A third party, T, then looks at the bottom card, and agrees to reveal its identity to G and H should that be needed once the second phase of the game is completed.

Step Two - The Subwager: H makes G a new offer, which he can either accept or reject. If he rejects the game continues as previously described. If he accepts, then the remaining three cards are shuffled and the identity of one of them is revealed. If that new card turns out to be red, H must settle the game for much less than what he was originally demanding (say $1.25). But if that card turns out to be black, then H can settle the game for much more than he was originally demanding (say $10).

Something interesting has happened. By introducing the subwager, H has given G a way to credibly signal his private information. G’s willingness to accept the subwager is, in effect, signalling to H that the top card was black and vice versa. H could then use this information to negotiate an alternative settlement without going through with the subwager. The signals that were previously mixed are now distinguishable.

Of course, it is not that straightforward. There is still some probability of mixed signals. One or two gamblers might be risk takers and might be willing to signal their intent to take the subwager in the hopes that this will signal to H that they saw a black card. They might hope that in doing so H will be incentivised to strike a more favourable deal with them prior to completing the subwager. But obviously this ups the risk factor. If H calls their bluff, then those Gs stand to lose much more than they would have if they accepted the original deal.

Surprisingly enough, Covey doesn’t mention this last point in his article. But he should have since it threatens to undermine his argument.


2. Subwagers in Plea Bargaining
Card games are all well and good, but how does any of this apply to plea bargaining? Well, we already know the basic analogy: H is like the prosecutor and G is like the defendant. The next step is to see whether anything analogous to the sub-wager can be introduced into the plea bargaining game. Covey thinks that something analogous can indeed be introduced. I lay out the argument first, then consider some objections.

Covey’s argument draws upon work done in relation to the right to silence. The right to silence is, roughly, the right of any putative defendant not to answer questions that might tend towards self-incrimination. The right is optional: the defendant can choose to remain silent or he can submit himself to interrogation. If he chooses to exercise it, then judges and juries will not be allowed to infer guilt from his silence. If he submits himself to interrogation, then anything he says can (and will) be used against him at trial.

How does this work? The option of submitting to interrogation is the key. If the protection of the right to silence is robust — i.e. if it really is true that guilt will not be inferred from silence — then a guilty defendant has a strong incentive not to submit himself to questioning. Why so? Well, presumably if you are guilty you are more likely to be found out if you submit to interrogation: consistently maintaining a lie is more difficult than consistently maintaining the truth. Contrariwise, if you are innocent, you will have a good chance of establishing this through the interrogation: you are telling the truth, so it’s easier to maintain a consistent story and persuade the interrogators. Thus, your willingness to undergo interrogation, coupled with the results of that interrogation, provide you with a means of credibly signalling your innocence.

You can see where this is going. Covey is suggesting that optional interrogation performs a similar function in plea bargaining. It is like the subwager from the card game. The analogy is almost direct:

Step One — Private Information: P is trying to prosecute D for a crime. D knows that he is innocent but has no way to signal this to P. P wants to avoid trial costs, so he is willing to accept D’s plea to a lesser crime. D would obviously prefer not to accept this, but it looks like a good deal: the expected loss at trial is higher.

Step Two — Optional Interrogation: To break the deadlock between them, P gives D the option of voluntarily submitting to interrogation. If he doesn’t submit, then the game continues as normal (they go to trial or D accepts the original deal). If he submits and his story holds up under robust questioning, then he has good chance of proving his innocence. If he submits and his story does not hold up under robust questioning, then this can be used as evidence against him at trial (or at later stages of plea bargaining.

This is a clever argument, no doubt about it, but it has some obvious limitations. The structure of the incentives, and the power of interrogation to get at the truth, need to be delicately balanced if this is going to work. And the problem is that it is easy to upset that balance and denude optional interrogation of its signalling power. For example, if the interrogation methods are too robust — e..g. if they involve torture — then the likelihood of an innocent defendant holding up under the pressure will diminish. It will be too easy to extract false confessions. This will make interrogation too costly from the defendant’s perspective, and thereby erode the signalling advantage. Similarly, it’s quite possible that hardened criminals will be able to hold up under robust questioning. If so, their presence within the pool of willing interrogatees will spoil the value of the signal. Furthermore, if remaining silent is too beneficial (e.g. it makes it really unlikely that the prosecutor will be able to succeed at trial), then interrogation will not be an attractive option, regardless of the innocence of the defendant.

All this is to say that reality more complex than the model. But that’s nothing new. There is still much value in Covey’s model of plea bargaining. It illuminates the strategic dynamics of the plea bargaining process, and it highlights the importance of signalling within that dynamical structure. Thinking about the process in this manner, and playing with the various components of the model, is likely to be a useful undertaking.
Posted by John Danaher at 3:00 PM