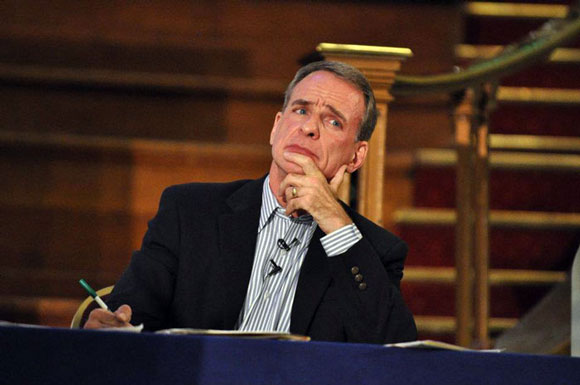 Love him or loathe him, William Lane Craig is probably the most popular and successful of the modern philosophical apologists. And even though we view the world in very different ways, I have to admit that I find something admirable about the guy. His scholarly credentials are pretty impressive; he has published a long list of academic books and peer-reviewed articles; his debate performances are polished and precise; and his appetite for philosophically-inclined defences of the Christian faith is seemingly insatiable. There are things to dislike about him too, for sure, but I'm not in the business of disliking people so I won't get into that here.

I've only dipped into two parts of this apologetical programme in my writings. First, I have examined various critiques of the Kalam cosmological argument, focusing in particular on the philosophical (as opposed to scientific) aspects of the argument. Second, I have considered challenges to Craig's views about the relationship between God and morality, and between God and meaning in life. This post brings together all my writings on these topics. I have divided into three main sections, deciding to treat morality and meaning as separate topics. I will use this for future updates.

The Kalam Cosmological Argument is very simple. It claims that (i) everything that begins to exist must have a cause of its existence; (ii) the universe began to exist; and (iii) therefore, the universe must have a cause of its existence. It then goes on to argue that this cause must be an immaterial, atemporal and personal being (i.e. God). I have looked at challenges to all aspects of this argument. Here is a complete set of links.

Craig claims that the moral argument is the most apologetically useful one. That is to say, it is the one that is most deeply felt by would-be theists. Most people want there to be cold hard objective moral facts. They fear that in a world without God there would be no such facts. The moral argument plays upon these fears. Craig has formulated the argument in different ways over the years. Roughly, it works like this: (i) if God does not exist, objective moral facts cannot exist; (ii) objective moral facts exist; (iii) therefore, God exists. (Some people worry about the logic of this but it is fine: it includes a suppressed double negation: not-not Q implies not-not P; therefore P).

I'm not sure that the moral argument is all that interesting from a philosophical perspective. But I think the alleged relationship between God and moral facts is. As are the more general metaethical questions raised by the argument. I've explored this many of my writings. The one's listed below are only those that specifically invoke Craig's work:


3. God and the Meaning of Life

Craig has a pretty disparaging take on the atheistic worldview. Without God there is nothing but despair. We are condemned to live short, finite lives in a meaningless universe. But with God there is hope. He bestows purpose, meaning and significance on our lives. Is this a plausible construal of the relationship between God and meaning in life? I have a written a handful of posts assessing Craig's answer to this question: