Did my brain make me do it? Neuroscience and Free Will (2) 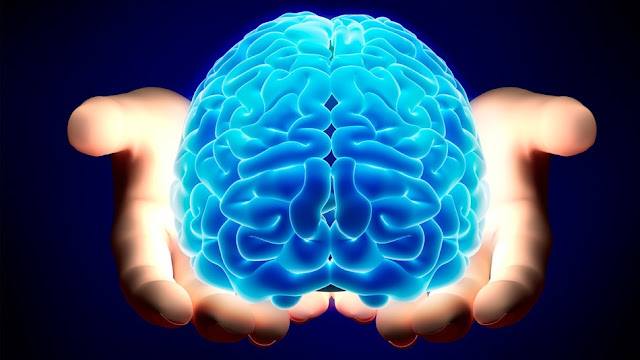 Discoveries in neuroscience, and the science of behaviour more generally, pose a challenge to the existence of free will. But this all depends on what is meant by ‘free will’. The term means different things to different people. Philosophers focus on two conditions that seem to be necessary for free will: (i) the alternativism condition, according to which having free will requires the ability to do otherwise; and (ii) the sourcehood condition, according to which having free will requires that you (your ‘self’) be the source of your actions. A scientific and deterministic worldview is often said to threaten the first condition. Does it also threaten the second?

That is what Christian List and Peter Menzies article “My brain made me do it: The exclusion argument against free will and what’s wrong with it” tries to figure out. As you might guess from the title, the authors think that the scientific worldview, in particular the advances in neuroscience, do not necessarily threaten the sourcehood condition. I discussed their main argument in the previous post. To briefly recap, they critiqued an argument from physicalism against free will. According to this argument, the mental states which constitute the self do not cause our behaviour because they are epiphenomenal: they supervene on the physical brain states that do all the causal work. List and Menzies disputed this by appealing to a difference-making account of causation. This allowed for the possibility of mental states causing behaviour (being the ‘difference makers’) even if they were supervenient upon underlying physical states.

If that seems at all confusing, I recommend reading the previous post. I will be taking a lot of the argumentative ground covered in that post for granted in the remainder of this post. That’s because the remainder of this post switches the focus from physicalism (a philosophical doctrine) to findings from contemporary neuroscience. List and Menzies argue that many modern day neuroscientists are sceptical about free will. But their neuroscepticism exhibits the same flaw that they found in the exclusion argument. I’m not so sure about this. I’m going to try to explain why.

’Did I consciously choose coffee over tea? No. The choice was made for me by events in my brain that I, as the conscious witness of my thoughts and actions, could not inspect or influence’


List and Menzies use Harris’s work as their main scratching post in their paper, highlighting another section of the book where he refers to free will as an ‘illusion’ because ‘thoughts and intentions emerge from background causes of which we are unaware and over which we exert no conscious control’ (Harris 2012, 12).

Using quotes of this sort as their source, the authors argue that Harris and other neurosceptics rely on the following (oftentimes implicit) argument (numbering continues on from part one):


Let’s consider how one might defend the two main premises of this argument.

The first premise states a condition for free will. It holds that causation by consciously accessible mental states is essential to free will. This is very similar to the sourcehood condition that I mentioned above. It is also very similar to the principle used to motivate the exclusion argument that was discussed in part one. If you recall, the opening premise of that argument stated that an agent’s mental states had to cause their behaviour in order for it to be free. The only real difference is that this new argument demands that the mental states be consciously accessible. I’m guessing this means that the agent’s conscious mental states must be causally responsible for their behaviour. I think this is a plausible sufficient condition for free will (or, at a minimum, for responsible behaviour), but I’m not sure if it is necessary. Neil Levy’s recent book argues that it is, but I have not read it yet. List and Menzies think it is plausible, citing some survey evidence from Eddy Nahmias suggesting that most ordinary people think that premise (9) is correct.

Premise (10) is where the discoveries in neuroscience come into play. Neurosceptics typically appeal to a widely-known set of evidence suggesting that our behaviour is caused by neural events that are largely beneath or outside our conscious awareness. I’ll mention three such sources of evidence here. This is for illustrative purposes only; it is not intended to be exhaustive. First, there are Benjamin Libet’s famous studies on intention and behaviour. By getting people to perform simple actions and recording associated brainwaves, Libet’s studies found that the conscious intention to act post-dated the neural causation of the action by nearly half-a-second. These studies have been scrutinised and challenged over the years (I always enjoyed Dennett’s discussion of them). Second, there are the more recent studies by the likes of Haggard and Haynes which seem to confirm and extend Libet’s results. These studies suggest that neural causes precede conscious awareness by even longer periods of time, perhaps by up to 10 seconds. Third, and finally, there is the work of Daniel Wegner, particularly the work found in his book The Illusion Conscious Will, which brings together a diverse set of studies, all pointing to the same conclusion: that the conscious will does not direct or control our behaviour. Rather, our consciousness confabulates a mental cause of our behaviour after the fact. This evidence all confirms Harris’s view that we are mere ‘conscious witness[es]’ to the true, underlying, neural causes of our actions.

If this is all correct, then the neurosceptical position is confirmed.


2. List and Menzies' Critique of Neuroscepticism
But, obviously, List and Menzies do not see it that way. They argue that the neurosceptics make the same mistake as the physicalists. This is unsurprising since most neurosceptics are resolute physicalists, but it is worth going through the mistake to see exactly how it applies to the neurosceptical position. The main flaw comes with the motivating principle stated in premise (9). This premise appears to claim that the existence of a sufficient neural cause rules out the existence of a mental cause. But this is wrong. Just as the physicalists mistakenly assumed that sufficient lower-level physical causes ruled out higher-level mental causes, so too do the neurosceptics mistakenly assume that sufficient lower-level neurological causes rule out higher-level mental ones.

The upshot of this is that premise (9) would need to be reformulated if the neurosceptical position were to be persuasive. List and Menzies suggest the following reformulation, one that respects the difference-making account of causation (note I have amended this from their original discussion):


With this reformulated premise in place, the debate switches to premise (10), or rather to a suitably reformulated version of that premise. This one would claim that neuroscientific evidence points to difference-making causes at the neuronal level, not co-occurrent with difference-making mental causes. But List and Menzies reject this premise. In doing so they make two points, one conceptual and one empirical.

They then illustrate this conceptual point in more detail by drawing out a map of possible worlds and the different possible causes that one can identify across these possible worlds. This is supposed to show how, under a difference-making account of causation, higher level mental causes can potentially exclude lower-level neural causes. They call this their ‘downward exclusion’ result. I find this slightly redundant, however, as the map is their own construction and merely serves to repeat their main conceptual point, which is that mental states are more likely to be the difference-makers.

This brings us to their empirical point. They accept that whether neural or mental causes are the difference-makers is an empirical question. And they also accept that a suitably constructed psychological study could tell us which is the case. But they say nothing more, suggesting that they think no such study currently exists (or, at least, the current set of studies are not decisive one way or the other).


3. Criticisms and Concluding Thoughts
What are we to make of all this? As mentioned the last day, I think List and Menzies are broadly correct in their critique of the exclusion argument from physicalism. But I think they are much less persuasive in their dismissal of neuroscepticism. It is not that I disagree with them entirely, or that I am a resolute neurosceptic, it is just that their interpretation of the neurosceptical position seems remarkably uncharitable and their engagement with the empirical evidence insufficient.

Their lack of charity stems from their original formulation of premise (9). They interpret the neurosceptic as holding that the existence of neural causes excludes the existence of mental causes. Perhaps there are some neurosceptics who rely on this principle. But as best I can tell, the neurosceptical position advanced on foot of the studies by Libet, Haynes and Haggard (who List and Menzies explicitly reference) and on foot of Wegner’s work (which they do not reference) has nothing to do with the alleged sufficiency of neural causation. It has everything to do with the timing of conscious mental states and the timing of unconscious neural events. The claim in these studies is always that the mental states come after the fact: people confabulate and reinterpret their behaviour as having a mental cause but it really doesn’t. In other words, I think the neurosceptics already embrace something akin to premise (9*). They think that neural causes (or external causes) are the difference-makers not mental states, because the neural causes precede and initiate actions, whereas the mental states do not.

This is also why I think their engagement with the empirical evidence is insufficient. At the end of the article they appeal to the possibility of psychological experimentation helping us to work out whether neural causes or mental causes are the difference makers. But it seems to me that the experimental evidence from the likes of Libet, Haynes and Wegner already helps us in this regard (maybe not directly, but certainly indirectly). For example, my interpretation of the evidence is that Libet-style experiments do not undermine the existence of difference-making mental causes because conscious mental states always seem to be required for the performance of actions in those experiments (the experimental set-up is such that the subject is primed well in advance to consciously will an action). My interpretation of the Wegner-like evidence is slightly different. You would have to read Wegner’s work to get a fuller picture (and I confess it has been several years since I read it myself). Nevertheless, it does seem to me like Wegner identifies many cases in which conscious mental states are not the different makers. For instance, patients with hemiplagias often perform actions with one side of their bodies that they subsequently deny or confabulate a reason for performing. In these cases, the hemiplagia seems to be the difference-maker, not the conscious mental state. Admittedly, these kinds of cases are exceptional as they involve some sort of pathology. The question is how far do similar causal sequences creep into our everyday lives. I am not sure.

Anyway, those are some of my quick reflections on the piece. Obviously, a much more systematic review of the empirical evidence, with List and Menzies causal principle in place, is needed. More experimental research would help too.
Posted by John Danaher at 7:51 PM