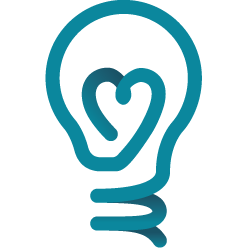 (NOTE: This is a guest post by Iason Gabriel from St. John's College Oxford. I recently did a series on Iason's excellent article 'Effective Altruism and its Critics'. In this post, Iason develops his counterfactual critique of effective altruism. Be sure to check out more of Iason's work on his academia page.)


In a recent article about effective altruism I argued that the impact of individuals giving to EA-recommended charities is often tiny or non-existent. Even without the contribution of small donors their funding needs are likely to be met.


1. The Counterfactual Problem
I supported this claim with three further observations:


As a result I argued that even if individuals gave less, it’s very likely that large donors would step forward and fill any gap.

As John notes in his own analysis of this problem it has disturbing implications. It means, among other things, the impact of giving to a ‘top charity’ is not in distributing new mosquito nets or medicines, as EAs have claimed. These things would have happened anyway. Rather, it’s the transfer of funds from individuals to large donors who already have a surfeit of funds.

Of course, one might hope that large donors pass on additional funds to projects that are equally effective further down the line. But this is unlikely to be the case. High-impact proven interventions are rare, foundations often struggle to allocate the resources they already have, and it’s possible that the money will never be spent at all.

A proper grasp of these dynamics could deter people who are rational and informed from following EA recommendations in the future.


2. The ‘Splitting’ Strategy
Recognizing this problem, GiveWell and GoodVentures have recently changed their approach to funding – and committed to a strategy of ‘splitting’. Each year they’ll announce in advance what the funding needs of their top charities are, declare what portion they intend to meet, and make a commitment not to do any more than this – even if there is a shortfall within that funding cycle.

This approach has certain advantages. On the one hand, the money that GiveWell and GoodVentures allocate directly will help their charities perform important activities and reward good performance. On the other hand, their declared limits provide other donors with an incentive to contribute. This also means that top charities should be able to access diverse funding streams – something that is good for their organizational health.


3. Effectiveness and Fairness
Yet splitting also has major problems.

To begin with, it does not fully address the counterfactual problem for individual donors. Even if GoodVentures no longer intends to pick up the slack caused by a shortfall in individual donations, other large donors are still prepared to do so. So long as they are prepared step up to the plate, concerns about the impact of small donations remain in place.

More worrying still is a situation in which other large donors also hold back resources. If their policies really would lead to a collective shortfall in funds for top charities, then individual EAs have reason to feel aggrieved.

On the one hand, they are now truly in a position where they must provide funds, given that failure to do so would lead to significant suffering or loss of life. On the other hand, this situation has been foisted upon them. They are required to provide assistance – at considerable personal cost – while billionaires and foundations stand idly by.

A basic principle of fairness is that those who have the greatest capacity to pay should do so, all else being equal. Yet this principle is violated by the distribution of costs I have mentioned. Why should college students have to pick up the slack, when others could provide life-saving assistance at little or no personal cost?


4. Giving Gladly?
When asked about their giving habits, many EAs answer that they incur no personal cost – because it is something that they find rewarding and they ‘give gladly’. But it is a core tenet of EA that consequences matter. EAs are happy to give because they believe that their actions make an important contribution to the lives of poor people.

Yet if the present analysis is correct, then either the marginal impact of giving is negligible, or it is impactful – but only because other actors are not doing their fair share to support these causes. This is something that we should all care about.