Wielenberg on the Meaning of Life (Part 2) 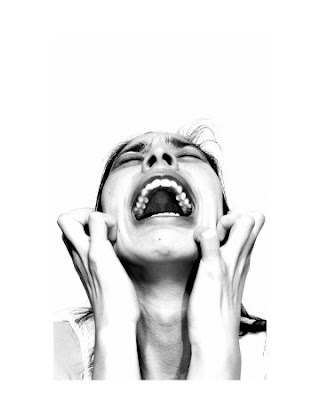 This post is part of a short series on chapter one of Erik Wielenberg's book Value and Virtue in a Godless Universe. The chapter, and indeed the book as a whole, looks at the possibility of finding meaning without God.

As noted last time out, the morality argument is addressed in later chapters. So the remainder of this series will be preoccupied with the first three.


1. Life is What You Make It
Richard Taylor was, by all accounts, an affable fellow with a talent for apiary-maintenance. He also wrote an interesting article about the meaning of life. Like Camus, who was mentioned in part one, Taylor used the story of Sisyphus to illustrate his arguments.

Sisyphus, according to legend, was condemned to roll a boulder up a hill for eternity. As soon as he reached the top, the stone would roll back down and he would begin his task anew. This is thought to be the epitome of the meaningless existence.

Taylor disagreed. He argued that if Sisyphus had strong desires to get the stone to the top of his hill, which were being satisfied at every stage of his task, and if his memory was reset every time he returned to the bottom of the hill, his life would have lots of internal meaning.

This is the familiar "it's the journey not the destination" model. Meaning is derived from the satisfaction of desires, and provided the satisfaction is roughly contemporaneous with our actions, life will always be meaningful. All this concern with final outcomes and external significance is just misplaced.

Taylor's model has some interesting implications for philosophy. Namely, that we shouldn't take an overly philosophical stance on our lives. For in taking that stance, we need to distance ourselves from our immediate desires and preferences and make them objects of philosophical analysis. And by distancing ourselves from our desires in this fashion we will limit our ability to derive satisfaction from what we do.


2. Are all actions meaningful?
There is a certain attraction to what Taylor has to say. In particular, the idea that meaning derives from the coincidence of desires and activities, and the concomitant idea that life needs no external validation, seems appealing to me.

Still, one can't help but wonder: are all desire-activity pairings equally meaningful? Wielenberg thinks we have reason to doubt this and he makes his point by asking us to consider two different cases.

The first is that of the expert musician who are thoroughly engrossed and satisfied by what they do. To give you a flavour of what this might look like, here is Glenn Gould playing part of Bach's Goldberg Variations.

This musician's life would certainly fulfil Taylor's criteria for a meaningful existence. But what about a second example involving a coprophagic individual, i.e. someone who enjoys eating faeces. Suppose they derive immense satisfaction from this activity. This life would also satisfy Taylor's criteria.

But would we say that both individuals live equally meaningful lives? To sharpen the force of the question, imagine you are given the choice of one of these lives to live, which one would it be?

Wielenberg thinks it obvious that we would be fools not to pick the life of the musician. This suggests that there is more to meaning than engaging in desire-fulfilling activities. What that "more" might be will be considered in the next two posts.
Posted by John Danaher at 10:18 AM