What Good is an Explanation? (Part 2) 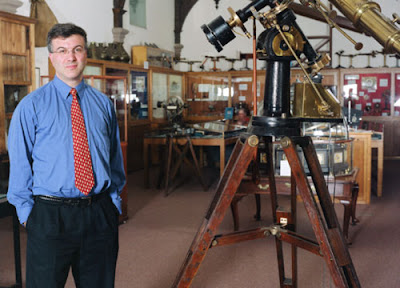 The post in the second in a series on Peter Lipton's article "What good is an Explanation?". The article tries to ascertain what the intrinsic and instrumental good of an explanation actually is. Lipton identifies "understanding" as being the intrinsic good of explanation.

The problem is that "understanding" can sustain at least five distinct conceptual interpretations. In part one, we went through each of these interpretations and tested them against three key features of an explanation. Through this process we learned that the causal-conception of understanding is the strongest.

According to this conception, we understand why something is the case when we identify what caused it to be the case.

In this part, we will do two things. First, we will follow Lipton as he tries to discover why it is that the identification of causes satisfies our explanatory lust. Second, with the discussion of the intrinsic good of explanation under our belts, we turn to consider the instrumental good(s) of explanation.

1. Is there a Question?
Before we answer the question "why do causes explain?", we must consider whether the question makes any sense. After all, we have just defined explanation in terms of cause and so there may be a suspicion that the question is akin to asking "why are bachelors unmarried?".

Despite this suspicion, Lipton thinks that the question can make sense. Particularly if we reformulate it as "why do causes explain rather than effects?". This seems to be non-trivial question as is illustrated by an example. 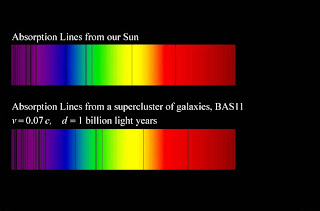 At the Mt. Wilson Observatory, Edwin Hubble famously observed the red shift of galaxies. This red-shift was explained by the fact that these galaxies were receding away from us. By contrast, the red-shift did not explain the recession of the galaxies.


2. So, Why Do Causes Explain?
Answering it proves to be quite tricky. Lipton starts off by saying that the cause (C) of an event (E) explains E because C is what brings about E. The problem with this reply is that "brings about" sounds suspiciously like "causes", so we haven't really answered the question.

An alternative definition, and the one preferred by Lipton, is that causes explain because they make a difference. That is to say, they show why E occurred instead of not occurring. Lipton's approach here is similar to the counterfactual approach to causation being discussed in my series on Steve Sloman's book Causal Models.


Lipton lists four attractive features of the "making a difference"-view.

The first is that our ability to manipulate causes in order to alter effects is what gives us control. And since control is of enormous practical value, the making a difference-view accounts for our fascination and preoccupation with explanation.

The second is that it accounts for our ambivalence about certain causes. After all, not all causes are explanatory. For example, if we were told that a rabbit has been killed and were asked to explain why, we could give two answers. First, we could describe the behaviour of one particular fox who was seen in the area at the time. Second, we could cite the high numbers of foxes who live in the area.

Lipton suggests that the high population was what really "made a difference". Why? Because it would seem like if only one fox was in the locality, the rabbit could probably escape and survive. However, given a high population, the rabbit seems to be doomed.

The third attractive feature concerns its importance in constrastive explanations. Again, an example will help to illustrate the idea. Suppose we are wondering why Martin got paresis (a form of partial paralysis). You claim that syphilis was the cause. We might be satisfied with this if we are contrasting Martin with an ordinary healthy member of society. But suppose we are contrasting Martin with Bill, who also has syphilis. In those circumstances, we would be less satisfied with the proffered explanation.

Lipton argues that "making a difference" accounts for the discrepancy between the two cases: the syphilis makes a difference in the first case, but not in the second.

The fourth, and final, attractive feature concerns its ability to draw out the distinction between descriptions of causes that are explanatory and those that are not. The example Lipton uses is a fire in a university department. A report into the incident cites the lack of appropriate insulation of high voltage power lines as the cause of the fire.

If we asked for an explanation of the fire we would be displeased if a colleague said "the fire was caused by the problem cited on pg. 17 of the incident-report". It may well be that pg. 17 contains a description of the lack of insulation, but citing a page reference does not explain the incident.

This is because a truly explanatory description should cite the features of an incident which made the difference between the incident's occurrence and non-occurrence. Pg. 17 of the report, however accurate, did not make a difference.


3. Instrumental Goods
It is obvious enough that explanation has many practical and instrumental benefits. If we can identify and manipulate causes, our ability to pursue our non-explanatory goals will be greatly enhanced.

However, there is another, less obvious, instrumental good associated with explanation. This is that explanations allow us to make inferences. And the making of inferences lies at the heart of many inductive and intellectual practices. For example, scientists must infer which hypothesis is true or false; historians must infer which events are most likely to have taken place.

By constraining these inferential practices so that they must offer the best available explanation of the relevant phenomena, we are helping these researchers in their studies.
Posted by John Danaher at 11:18 AM