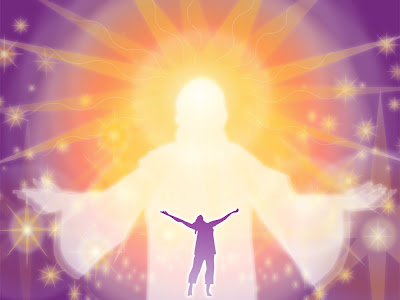 This post is part of my series on Jeremy Gwiazda's criticisms of Richard Swinburne's argument for the existence of God. For the necessary introduction and background, see here.


In previous entries we saw that one of Swinburne's key claims is that the intrinsic probability of theism, Pr(h|k), is high because God is the simplest possible being. And the reason for God's simplicity, according to Swinburne, is that he possesses certain properties in infinite quantities. The properties in question are freedom, knowledge and power.
We have already seen how Gwiazda challenges Swinburne's claim that infinite values are necessarily simpler, but for the purposes of this post we will accept it. Our focus instead will be on the problems that stem from Swinburne's seemingly contradictory assertions about God's properties.

1. Restricted Knowledge and Power?
Swinburne sees the properties of freedom, knowledge and power as being central to the person of God. Furthermore, in his most famous work, The Existence of God, Swinburne asserts (p. 7) that God has perfect freedom, omniscience and omnipotence. That is to say, he has the maximal* or infinite amount of these properties.

And yet, in The Coherence of Theism, Swinburne claims (p. 177) that it is impossible for a being to be perfectly free and omniscient; that God must be perfectly free; and, consequently, that God's knowledge must be curtailed or restricted.

As it happens, there is a reasonably compelling argument for this conclusion. Roughly:


The same reasoning could apply to God's power, which should not be able to affect future decisions.

This strikes me as being about right, but it would seem to contradict Swinburne's claim in The Existence of God, and, more importantly, his argument for God's simplicity. The latter depending entirely on the claim that infinite values of properties are the simplest.

Gwiazda argues that this response can do nothing to rehabilitate Swinburne's argument for God's simplicity. Once you accept that power (or any other property) can be simple provided it is maximal relative to a constraint, you open up the possibility of simplicity being claimed for much lower levels of power.

To see this, imagine the following two cases. In the first, we have two supernatural beings: God and Schmod. God has perfect freedom and constrained power. Schmod has perfect power and constrained freedom. Swinburne would be claiming that God is simple even though his power is less than what it could be. But why could the same reasoning not be applied to Schmod? Is freedom somehow more important? We will return to this question at the end.

In the second case, we have God and a regular mortal human named Alex. We assume that Alex has as much power as it is possible for a human being with mental and physical limitations to have. In other words, that his power is maximal relative to other constraints. Can we now claim that Alex's power is simple? If not, why not?

If simplicity can be defined as maximality relative to a constraint, and if all levels of a property are maximal relative to some constraint or other, it is difficult to see how simplicity has any distinguishing features.


3. One Simple Property
The other response open to Swinburne is to pin the claim of simplicity on one of God's properties and not on the collection of freedom, knowledge and power.

Gwiazda detects two places in Swinburne's writings where this seems to be done. The first is in The Christian God where he claims that God possesses 'pure, limitless intentional power' and that this property is simple. The second is in an article entitled "Can There be More than One God?"** where he discusses God's almightiness and argues that it is simple.

Thus, Swinburne would need to reformulate his argument for God's simplicity.


4. A Question of Priority
The final question mark hanging over Swinburne's understanding of God's properties is his prioritisation of freedom over knowledge and power. For some reason, Swinburne thinks that this prioritisation gives rise to the simplest possible being. Gwiazda is not convinced. He thinks there is another, even simpler being.

To see what this might be, let's first represent God's three properties -- freedom, knowledge and power, as an ordered triple. "R" stands for a restricted property and "∞" stands for an infinite property. The simplest being would be (∞, ∞, ∞), but since perfect freedom is not compatible with omniscience and omnipotence, Swinburne's god is (∞, R, R).

Now, we saw in the previous part  how Swinburne thinks that zero is probably as simple as infinity and definitely more simple than any finite value. But wouldn't this imply that a being with no freedom, but infinite power and knowledge (0, ∞, ∞) would be simpler than Swinburne's god?

It is hard then to see why priority is given to freedom.

* "Maximal" is understood here to cover infinite values, but leaves the door open to the possible of some logical or absolutely necessary limits.
** (1988) 5 Faith and Philosophy 225
Posted by John Danaher at 7:52 PM

Email ThisBlogThis!Share to TwitterShare to FacebookShare to Pinterest
Labels: Swinburne and Gwiazda