Enoch on The Epistemological Challenge to Metanormative Realism (Part 1)

Tweet
I recently put together a series of posts on the constructivist metaethics of Sharon Street. Constructivism, as we learned, maintains that moral truths are made, not found. Indeed, that they are constructed out of the attitudes and dispositions of rational agents. This places constructivism in conflict with a metaethical position known as moral realism.

Moral realism comes in a couple of versions but one version, which has been undergoing something of a resurgence in recent years, is non-natural moral realism. According to this, moral properties are part of the basic metaphysical scaffolding of reality. They do not depend for their existence on the attitudes or dispositions of rational agents. And they are not reducible to the causal or physical entities studied by the sciences.

As Street pointed out, this brand of realism seems to face an epistemological challenge. It seems to owe us some account of how human beings, with their evolved cognitive faculties could possibly come to know of the existence of these mind-independent, non-causal, non-natural properties.

David Enoch's article "The Epistemological Challenge to Metanormative Realism" is an attempt to confront this challenge from a realist perspective. In the course of the article, Enoch does two things. First, he tries to develop the strongest possible formulation of the epistemological challenge. And second, he shows how the realist can deal with the challenge.

Before giving the strongest possible formulation of the challenge, Enoch tries to show how not to think about the challenge. That provides the subject matter for this post.


1. Is it about Epistemic Access?
Some people think that realists need to show how we can gain epistemic access to the non-natural moral domain. Enoch says there are problems with this.

The main one is that the notion of "epistemic access" is poorly defined. It is not clear that it means anything above and beyond other epistemic concepts such as justification, reliability and knowledge. Since these are discussed below, Enoch sees no reason to dwell on "access".

Perhaps, someone can develop an understanding of "access" that is distinct from these other concepts. If so, there may be an additional problem facing moral realism. But this has not been done to date.

2. Is it about Justification?
Maybe the realist owes us an account of how their normative beliefs are justified? That is, how they know that their beliefs are true or accurate. Certainly, an account of justification would be an important part of a completed metaethical theory.

Although this is correct, Enoch thinks that there are three reasons for not conceiving of the epistemological challenge in terms of justification:

Enoch thinks there is something to this objection and will return to it later in the article. However, he does make one observation. He thinks that truth opens up the possibility of reliability. So, if the realist conception of moral properties is true, it is at least possible for moral beliefs to be reliable.


4. Is it about Knowledge?
Perhaps the problem is that realism cannot give us an adequate account of moral knowledge? To see whether this is right, Enoch asks us to consider what we would expect from an account of knowledge.

But the thing is, the classical view of knowledge is no longer accepted. As Gettier pointed out back in the 1960s, there are some situations in which all three conditions are satisfied but, due to luck or coincidence, we could not say that knowledge has been obtained. As a result, epistemologists have been searching for a fourth condition to plug the gap between true belief and knowledge. (See this post for more)

Some accounts of this fourth condition rely on the causal and counterfactual properties of beliefs. These accounts may well be incompatible with realism since the moral properties proposed by realists are causally inert. 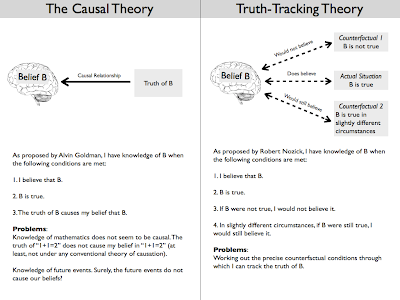 However, Enoch thinks that the case for these conditions is not watertight and that, again, realism has other strengths that should be considered before picking an epistemology that rules out strongly intuitive moral beliefs.

As a result, Enoch does not think the challenge is best thought of in terms of knowledge. 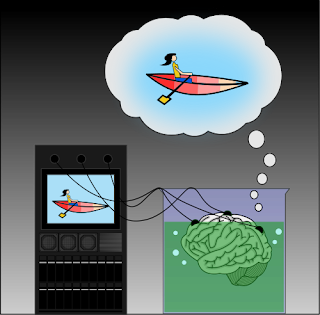 But in that case the challenge is not specifically directed at moral realism. It is directed at all beliefs.


6. So what is it about?
Going through the possibilities in this systematic manner can actually help us to figure out what a good version of the epistemological challenge should look like. It seems like it should have the following features:

In the next part, we will see how Enoch develops a version of the challenge that has these features.
Posted by John Danaher at 5:15 PM