The Podcast - Episode 3: A Semantic Attack on Divine Command Metaethics 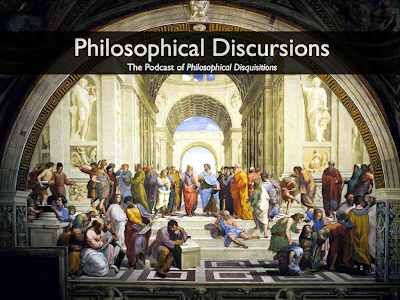 Episode Three of the podcast is available for download here. In this episode I cover the article "A Semantic Attack on Divine Command Metaethics" by Steve Maitzen.

I think I am gradually improving my style. You can subscribe to the podcast on iTunes.

As I mention in the podcast, Steve develops a lengthy formal argument to supplement the more informal points that I discuss. I promised to provide a full map of that argument in this post so here it is. It comes in two parts and I recommend looking at them after listening to the podcast.


Part 1: Divine Command Metaethics is not Compatible with Traditional Theism 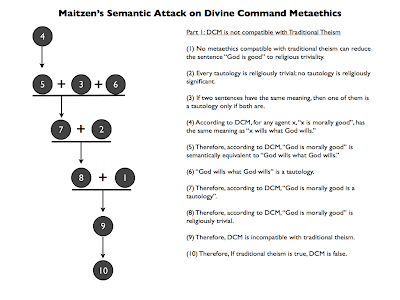 This argument is relatively straightforward. The only questionable premises are 2 and 4. Premise 2 is defended by arguing that a tautology cannot provide enough information to make a difference to a religious or theological claim about God. Premise 4 is supported by the considerations given in the podcast.


Part 2: Divine Command Metaethics is only true if Moral Nihilism is True 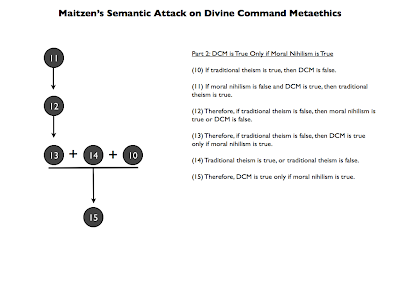 This argument is a little trickier. Premise 11 is the key, but it requires further elaboration and defence. Roughly as follows:

Premise 11, then, is an accurate reflection of what proponents of DCM want to be the case. But because we have established that DCM is incompatible with traditional theism (in part 1 of the argument) we end up with the unappetizing conclusion that DCM can only be true if moral nihilism is true.