I occasionally read a magazine called Philosophy Now. It's actually quite good and I would recommend it to anyone as a repository of short, sometimes incisive, philosophy articles. In the most recent issue, one article in particular caught my eye. It was entitled "Does Surveillance make us Morally Better?" and it was by Emrys Westacott.

Why did this catch my eye? Well, I'm interested in how the design of social systems affects our capacity to be responsible people. (In this instance, I intend "responsible" to describe a positive character trait as opposed to a necessary precondition for punishment.) And the use of surveillance equipment is one of the things that could affect this capacity.

I also think that the paper deals with some concerns about moral character that are philosophically and intuitively appealing. It is an issue on which I am conflicted.

To begin with I'll introduce the basic debate and Westacott's take on it. 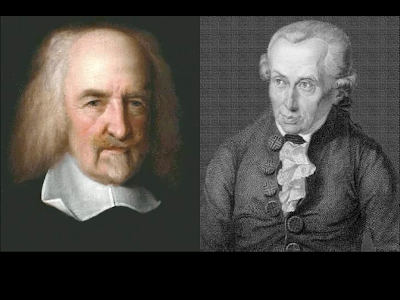 1. The Kantian and Hobbesian Citizen
Norms are the intangible infrastructure of society. A society is a network of interacting agents who develop certain standards of behaviour that they expect both themselves and others to adhere to. These standards are what we call norms.

Generally, we want people to comply with the norms, and there are two ways of getting them to do so. The first -- what we might call the Hobbesian way -- is to threaten them with violence or other punitive repercussions. The second -- what we might call the Kantian way -- is to get them to follow the norms because this is the right thing to do. Or, in a more Kantian guise, because this is constitutive of morally good practical rationality. 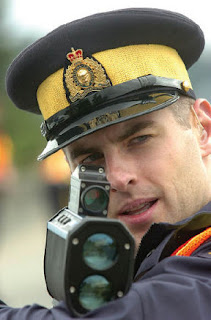 2. The Six Stages of Traffic Surveillance
Surveillance can obviously form an important part of a norm-compliance programme. In a previous post, I considered the role that divine surveillance might play in compliance. Westacott opts for a more mundane illustration involving six stages of traffic surveillance.


As we can see, surveillance equipment plays a vital role in the evolution from the state of lawlessness to the state of near-perfect compliance.
But in doing so, a Hobbesian method is prioritised over a Kantian method. People are encouraged to obey the law out of a fear of being caught, not out of a love for "doing the right thing". This may seem to diminish or degrade the rationality and humanity of the members of a society. And if surveillance becomes a pervasive and ever present phenomenon, it could seriously hinder our moral development.

Those, at least, are the concerns of the Kantian.

3. Why the Kantian Might be Wrong
Westacott identifies four reasons for dismissing the Kantian concerns. First, we might be inclined to think that the panopticon-society is an academic fiction: it'll never happen and the opportunities for moral development will never be completely eroded.

Second, we might think that the Kantian concern is based on an outmoded conception of humanity and morality. One that is grounded in Christian ideas of sinfulness and guilt.

Third, the saintly Kantian ideal might be pragmatically deficient. What matters is what people actually do, not how they think about what they do. This would seem to coincide somewhat with the liberal ideal of total freedom of thought and conscience tempered only by the harm principle.


4. The Continued Resonance of the Kantian Ideal
This last reason might seem to reconcile the Kantian and Hobbesian views. But Westacott is unconvinced. He asks us to imagine some scenarios. He thinks these scenarios show that the Kantian opposition to surveillance still resonates.

The first scenario involves two different universities. The first, called Scrutiny College, equips its examination rooms with the latest hi-tech surveillance equipment. It prides itself on catching and punishing cheats. The second, called Probity College, operates on a classic honour system. Students sign a pledge not to cheat and there is subsequently no surveillance or monitoring of their activities.

Westacott seems to think it obvious that we would prefer to attend Probity college, to work somewhere without constant surveillance, and to raise children who didn't need intrusive monitoring of their activities. Thus, we obviously still have a hankering for the Kantian ideal.

I'm not entirely sure that these thought experiments do the work Westacott wishes them to do. I'm particularly leery about the university one. I would personally prefer to attend and work at a university that does not tolerate cheating. Maybe this is because (a) I have spent too much time at university and (b) I have spent a some of that time studying game theory and this has taught me that a degree from a university with low standards sends a poor signal on the job market.


5. Different Classes of Relationship
In fairness, Westacott suggests that our attitude toward surveillance can vary depending on the type of relationship that exists between the surveyor and surveyed. He mentions four such relationships: parent-child, student-teacher, employer-employee, and state-citizen.

He thinks that surveillance is less problematic in the state-citizen and employer-employee context. However, he thinks it is problematic in the parent-child and student-teacher context. Why? Because it is within those relationships that the process of moral development really takes place.

For my part, I can understand the lure of the Kantian ideal. I like the idea of living life free from intrusion and surveillance, I like the ideal of personal responsibility, and I worry about excessive regulation and surveillance. Still, my pragmatic streak makes me lean toward the Hobbesian method when thinking -- as I do -- about how the law should be reformed and how social systems should be designed.

Thus, I would prefer if the reconciliation could be effected.