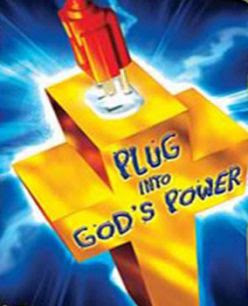 I am currently looking at Chapter 13 of the book. This chapter considers arguments against the possibility of an omnipotent god. If these arguments are successful, they would undermine the classical conception of God.

As noted in part 1, the arguments against omnipotence depend on unearthing the contradictions that might be inherent in the notion of an all-powerful being. This, in turn, depends on how we define omnipotence. Everitt considers five possible definitions. The second of these is probably the most common:


Def 2: "X is omnipotent" = "X can do everything which it is logically possible to do"

As we saw at the end of part 1, there are several problems with this definition. For example, it is possible for human beings to commit suicide, but it is not possible for God to do the same. Likewise, there are certain actions that humans can perform that require a physical body which God, being immaterial, lacks. Furthermore, it is possible for humans, because of their moral imperfection, to perform morally evil acts, but it is not clear that God, because of his moral perfection, could do the same. Finally, there is the classic "could God make a stone so heavy that not even he could lift?"-objection.

We continue now by looking at the ways in which theists can avoid the last two of these problems.


1. The Superheavy Stone
The problem with the superheavy stone is that if God can make it, then he won't be able to lift it and so is not all-powerful, and if he cannot make it then there is something he cannot do. So either answer to the question "could God make a stone...?" seems to undermine the concept of omnipotence. Everitt notes that theists have tried to provide defences of both answers.

Some argue that God could make the stone and that so long as he never actually makes it his omnipotence is preserved. This is a strange solution to the problem. It seems to concede that God could be omnipotent at one moment (prior to making the superheavy stone) but not at another (after making the stone). But wouldn't this be tantamount to saying that God would cease to exist after making a superheavy stone?

This is hardly a theologically reassuring line of thought. However, there is another way to defend the "yes"-answer. This turns on an analysis of what is and is not a logical possibility. The theist can accept that it is logically possible for God to create a superheavy stone. Then, they can turn around and deny that it is logically possible for an omnipotent being to lift an unliftable stone.

Of course, the same reasoning can be turned on its head in order to support a negative answer to the original question. So, for example, the theist could say that the creation of an unliftable stone is not a logically possible task.

Now maybe this is wrong. But it would take a fairly sophisticated analysis of what "logical possibility" really means to defeat it. As a result, Everitt thinks it is best to ignore the superheavy stone objection.


2. Can God Sin?
As mentioned above, it is possible for human beings to sin. But it is not clear that a morally perfect being like God could do the same. Thus, there is something that God cannot do.

The theist can respond to this objection in a manner similar to the first response to the idea of the superheavy stone. In other words, they can say that God could perform a morally evil act, but that provided he never does he never compromises his moral perfection.

Again, this concedes that God could cease to have one of his defining properties. And the deeper problem with this is that it would seriously damage the concept of moral perfection. If all that is needed for moral perfection is the failure to act immorally at certain moments, then we are all morally perfect on occasion.

This would seem to make a mockery of the notion of a morally perfect being. The theist needs a being who cannot do moral wrong, not just one that fails to do a moral wrong. But then this runs foul of the original objection. The only way out of this is to tack on an arbitrary qualification to Definition 2 stating that omnipotence precludes moral wrong.

Everitt thinks that a more promising solution is available to the theist but that it will require a completely new definition of omnipotence. We will consider that definition in due course.

That's where we'll leave it for today. In the next part we will consider theistic solutions to the problem of God's immateriality and immortality.
Posted by John Danaher at 9:47 PM