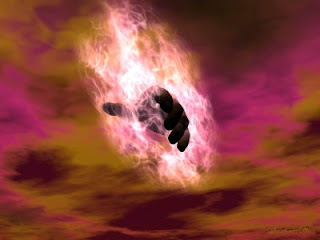 I am currently working my way through Chapter 13 of the book. This chapter deals with the potential contradictions inherent in the concept of an omnipotent being. Everitt looks at five separate definitions of omnipotence and checks them for consistencies.

We are currently looking at the second, and most popular definition of omnipotence:


As noted, this definition throws up certain problems for God because there are things that we physical, fallible, and mortal human beings can do that would not seem to be possible for an immaterial, perfect and immortal being like God. For instance, we can perform morally corrupt acts; we can eat, sleep, run, walk and so on -- all activities requiring a physical body; and, finally, we can bring about our own annihilation (suicide). God, it would seem, could not do any of this.
In part two we looked at the possibility of a sinful God and found it to be theologically circumspect. In this post we will look at God's lack of a physical body and his potential suicide. We then move on to consider a third definition of omnipotence.


1. God's physical body
Is the claim that God cannot do anything that requires a physical body a serious objection to his omnipotence? For many religious believers, including orthodox Christians, it isn't. For them, there is an easy way for God to perform actions requiring a physical body: he can occasionally take physical form.

Indeed, according to Christianity that's exactly what he did when he killed himself on the cross to satisfy his own sense of justice (or something like that!).

Everitt thinks that there might be a problem with this type of response to the original objection. When we perform an action such as scratching our noses, we are identical with the person doing the scratching. God would not have that kind of identity-relationship with a physical form. After all, God didn't actually die when Jesus died on the cross.

Or did he? This gets us into a theological minefield and I'm not sure that any coherent thought can survive passing through it. Maybe that is itself good grounds for the incoherence of the traditional Christian conception of God.

Whatever else it provides a neat segue to the next section. 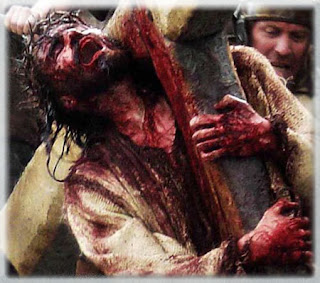 2. Can God Kill Himself?
If God cannot kill himself then there is something that is logically possible but not in his power to do. And surely it must be true that God cannot kill himself. In the previous part, it was suggested that God could do things that would make him lose certain divine properties. That's problematic in itself, but we are now asking whether God could bring about his own total annihilation.

Theists have a way out of this, but it isn't pretty. They can argue that God is a logically necessary being, i.e. that his non-existence is logically impossible. And since Definition 2 only claims that God can do whatever it is logically possible to do, the crisis is averted.

The ugly part of this response is that it forces the theist to accept a fairly strong form of the ontological argument. This is the only argument that makes God a logically necessary being (some versions of the cosmological argument might make God physically or metaphysically necessary, but that's not the same thing -- we need an argument that makes his non-existence logically contradictory).

Since the ontological argument is highly contentious, and unpersuasive to many theists, the objection is likely to stand.


3. Relativised Omnipotence
The conclusion from the above (and from part two) is roughly the following: unless one is willing to embrace some pretty weird doctrines about God (that he could perform some actions that would make him lose divine properties) or the ontological argument, God cannot do everything that it is logically possible to do.

This provides the impetus for a third definition of omnipotence:


This is a relativised form of omnipotence. Applied to God it would read something like "God can do everything that it is possible for an all-knowing, perfectly good and perfectly free being to do."
I actually covered a similar approach to omniscience when dealing with Jeremy Gwiazda's critique of Richard Swinburne. As we saw there, one of the attractions of the relativised definition is that it covers certain problems arising from the concept of free will.
First, if God is himself perfectly free, then he cannot have control over (or knowledge of) his future free actions. Second, one of the most popular responses to the problem of evil is to claim that God has given us the capacity free will and does not have the power to prevent us from exercising that capacity.
You might wonder why it would not be possible for God to prevent us from performing free acts. The answer Everitt gives is that one of God's necessary properties is his non-equivalence with his creation. So because God is not A, he cannot perform A's free actions.
We can charitably allow this kind of sophistry, because there is another problem with this definition. You'll have to wait for the final part to this series for that.
Posted by John Danaher at 12:00 PM