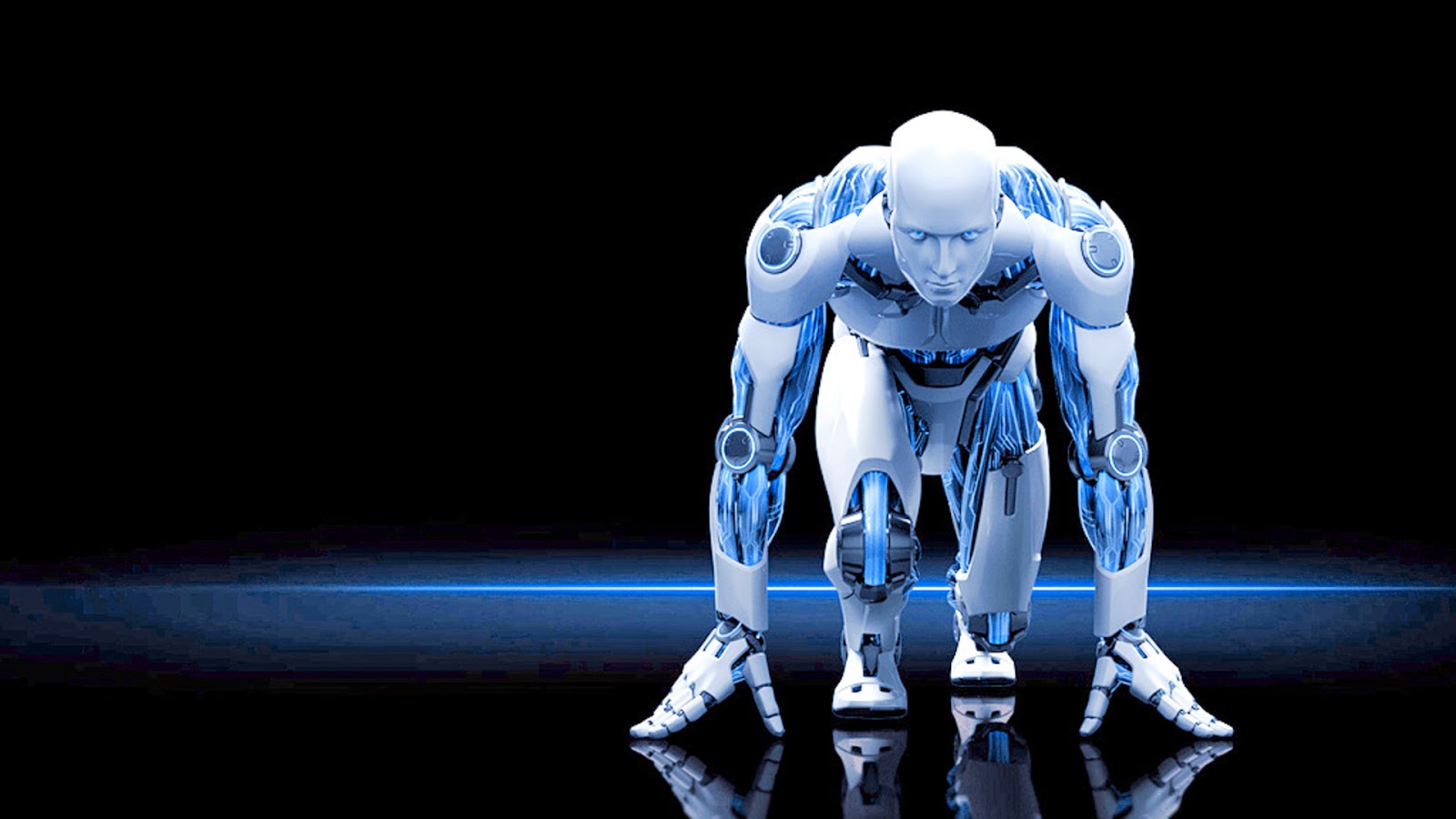 As noted in the previous entry, the purpose of this series is to share my reflections on the book as I work my way through the chapters. Today's post is the first of two on the contents of chapter 3. To follow that chapter, you need to familiarise yourself with the conceptual framework set out in chapter 2. Fortunately, I covered that in the previous entry. I recommend reading that before proceeding with this post. I'm serious about this: if you don't know what is meant by terms like "prudential value", "intrinsic value" or "internal goods", then you will miss out on aspects of this discussion.

Anyway, assuming you are familiar with these concepts, we can proceed. Chapter 3 is entitled "What interest do we have in superhuman feats?". It is an appropriate title. The chapter itself looks at two related arguments that respond to that question. The first holds that we have little interest in superhuman feats, at least in terms of their relationship to intrinsically valuable internal goods. The second holds that we might have great interest in them, if they were the only way of bringing about certain external goods, but as it happens they aren't the only way of doing this.

I'm going to look at each of these arguments over the next two posts, starting today with the first.


1. Are we uninterested in superhuman sports and games?
To support the first argument, Agar uses some illustrations from the world of human sports and games. The illustrations supposedly demonstrate that we do as a matter of fact lack an interest in superhuman versions of these activities. This is then used as the springboard for an argument about why we lack this interest.

The first example is that of the marathon, specifically Haile Gebrselassie's victory in the Berlin marathon in 2008. Gebrselassie ran that marathon in 2hr 03mins 59secs, which then sparked a debate about whether we would soon seen a sub-two-hour marathon. Agar suggests that Gebrselassie's achievement and the subsequent debate are interesting to us; that we can relate to and value these possibilities.

Contrast this with a (for now) hypothetical superhuman marathon. Agar refers to Robert Freitas's idea of the respirocyte. This is a one-micron-wide nanobot that could be used to replace human haemoglobin. This could massively increase the oxygen-carrying capacity of our blood, allowing us to run at sprint speed for 15 minutes or more. If we enhanced ourselves with respirocytes, the traditional 26.2 mile marathon would no longer be of interest. We would have to invent a new race, perhaps a 262 mile marathon, to create a challenge worthy of our abilities. Agar's suggestion is that we are less interested and less excited by this possibility.

That example might not work for you. So here's another, with a much starker contrast. Consider the game of chess. As you all know, Gary Kasparov -- probably the greatest human chess player of all time -- was defeated by the IBM computer Deep Blue in 1997. Since then, computers have been decisively better than humans at chess (though teams of computers and humans are still better than computers alone).

Nevertheless, despite the clear superiority of computers over human beings, we are not interested in or engaged by the prospect of computer-against-computer competitions (unless, perhaps, we are computer programmers). Human competitions still take place and still dominate the popular imagination. Why is this?


2. Veridical Engagement and Simulation Theory
Agar answers this question by appealing to the concept of veridical engagement. We can define this in the following manner:

Veridical Engagement: We veridically engage with an activity or state of being when we can (more or less) accurately imagine ourselves performing that activity or being in that state.


This definition is mine, not Agar's. I based it on what he wrote but there may be some differences. He speaks solely to activities since the two examples he uses (marathon running and chess) are activities, but I've broadened it out to cover states of being since they would also seem to fit with his argument, and to be relevant to the enhancement debate. I've also added the "more or less" bit before "accurately imagine". When he initially introduces the concept, Agar only refers to "accurately imagine", but later he acknowledges that this comes in degrees. So I think, for him, the imagining does not need to be perfect, just close to reality.

Why is the concept helpful? In essence, Agar argues that our lack of interest in superhuman feats can be explained by our inability to veridically engage with those feats. We have no interest in the achievements of Deep Blue because we cannot think like a computer. To think like Deep Blue would require us to compute 200,000,000 positions per second. We could at best perform a very poor facsimile of this. That's very different from how we engage with Kasparov's achievements. As Agar himself puts it:

No matter how soundly Deep Blue beats Kasparov, a human player will always play chess in ways that interests human spectators to a greater degree than Deep Blue and its successors. Human chess players of modest aptitude can read Kasparov's annotations and thereby gain insight into his stratagems. Kasparov's chess play is vastly superior to that of his fans. But he, presumably as a very young player, passed though a stage in his development [that was]...similar to that of his fans.


Agar offers us a psychological theory that accounts for our ability to veridically engage with certain activities and states of being. This is simulation theory which argues that the way in which we understand the behaviour of other human beings is by performing a simulation of the mental processes that lie behind that behaviour. Gregory Currie has used this to explain how we engage with fiction. It also helps to explain why we resort to anthropomorphism when imagining non-human animal behaviour.

So the upshot here for Agar is that we don't care about superhuman endeavours because we can't veridically engage with them. Agar is quick to point out that this doesn't mean that superhuman feats are devoid of intrinsic value. It could be that once we become superhuman, we will find our new capacities thrilling and begin to appreciate a whole new set of goods (like how we appreciate new things when we transition from childhood to adulthood). Nevertheless, it does suggest, to him at least, that superhuman activities and states of being lack intrinsic value to us, right now, as ordinary human beings. It'd be better to stick with the intrinsic goods that currently excite our imaginations.


3. Some thoughts and criticisms
I can appreciate what Agar is trying to do in this part of chapter 3. He is trying to flesh out his anthropocentric ideal of enhancement. He is trying to explain how it could be that enhancement up to, or slightly beyond, the current range of human norms is prudentially valuable, but enhancement outside of that range is not. I do, however, have a couple of critiques and queries.

The first has to do with the nature of the argument being presented. I take it that Agar is trying to present an argument from prudential axiology. That is: from premises about what we ought to prudentially value to conclusions about how radical enhancement might negatively impact on those values. That would be consistent with his stated aims from earlier chapters. The problem is that the argument he presents doesn't seem to be like that. It seems to be a purely factual argument about what interests or excites us and why. It's an explanation of one of our psychological quirks, not a defence of a principled normative distinction. At least, it reads that way to me.

Agar could perhaps respond by suggesting that his argument is based on intuitions about particular cases. In other words, he could argue that we intuitively find superhuman feats less prudentially valuable, as is obvious from our reaction to these cases. Arguments from intuition are certainly venerable in axiological debates, but he doesn't seem to adopt this approach directly. Furthermore, if this is what he is doing, it renders the explanation in terms of veridical engagement somewhat superfluous, however interesting it may be. Or, at least, it does so provided that Agar doesn't think that the notion of veridical engagement is itself axiologically significant. Might he believe that? I'm not sure, and I'm not sure why it would be.

This brings me to another point, which has to do with making claims about our capacity to veridically engage with certain activities. This is a dangerous game since what seems experientially out of reach to some may seem less so to others. I certainly have this feeling in relation to the superhuman marathon runners that Agar imagines. I just don't see what's so difficult to imagine about their experiences. I can imagine running at sprint speed; and I can imagine running for a very long time. Why couldn't I imagine both together? Seems like it just requires adding together experiences that I'm already capable of veridically engaging with. It just requires more of the same.

Now, you may respond by saying that this is just one example: Agar's case doesn't stand or fall on this one example. And I happen to think that this is right (I certainly think Agar hits the nail on the head with respect to computer chess: I don't think we can veridically engage with that style of chess-play). My only point is that my reaction to the superhuman marathon could indicate that cases of truly radical enhancement are harder to find than we might think. For example, hyperextended lifespans might be deemed "radical" enhancements by some, but it would seem possible to veridically engage with them: they are longer versions of what we already have. Admittedly, Agar has a chapter on this later in his book where he will no doubt argue that this view of hyperextended lifespan is wrong. I haven't read that yet.

Anyway, that's what I'm thinking so far. In the next post, I'll look at the second argument from chapter three. That argument claims that not only would radical enhancement deprive us of certain intrinsic goods, it would also be unnecessary for achieving certain external goods.
Posted by John Danaher at 10:26 AM