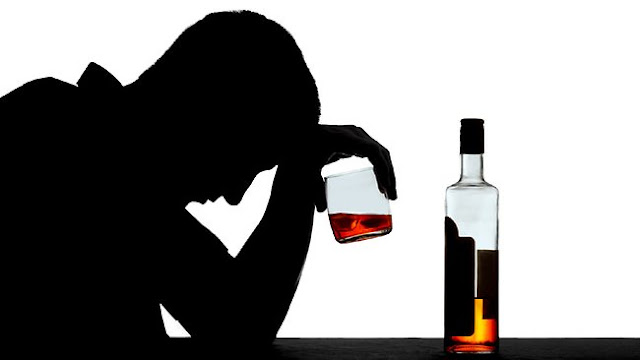 This post is part of an ongoing series on the ethics of intoxicated consent to sexual relations. The series is working its way through the arguments from Alan Wertheimer’s work on this topic.

In the previous entry, I looked at something called the ‘responsibility claim’. According to this claim, one ought to be held responsible for actions one performs whilst voluntarily intoxicated. This claim is widely accepted, and indeed forms the basis for the legal system’s attitude toward criminal responsibility and voluntary intoxication. There are many potential arguments in its favour, several of which were reviewed in the previous entry. We won’t go through them again. Instead, we’ll simply assume that the responsibility claim is correct and go on to assess its implications for intoxicated consent to sexual relations. This means we are looking for an answer to the question: if you are responsible for actions performed whilst voluntarily intoxicated (including actions like killing or raping another person) does it thereby follow that your consent to sex whilst voluntarily intoxicated is valid?

We will look at two arguments in this post. The first, from Heidi Hurd, argues that if we accept the responsibility claim, then we ought to accept that intoxicated consent is valid. To do otherwise would be inconsistent. The second, from Susan Estrich, argues that Hurd is wrong since we never hold victims of crime responsible for what happens to them whilst drunk. Wertheimer thinks that both arguments are mistaken and that a more nuanced approach to the implications of the responsibility claim is required. We won’t get to his personal opinion today, but we will cover his criticisms of Hurd and Estrich.

…we should be loathe to suggest that the conditions of responsibility vary among actors, so that the drunken man, who has sex with a woman he knows is not consenting is responsible for rape, while the drunken woman who invites sex is not sufficiently responsible to make such sex consensual.


To put this argument in slightly more formal terms:


Analogical arguments of this sort are never logically watertight. The conclusion only follows on a defeasible and probabilistic basis. The argument depends entirely on the strength of the analogy, i.e. how morally similar are the two cases? Hurd thinks they are pretty similar because the degree of moral accountability faced by the man is quite high. Why shouldn’t the same be true for the woman?

Wertheimer thinks that Hurd’s argument is much too quick. He thinks there are two major problems with it. The first is that she fails to appreciate the different sorts of capacities that are required for responsibility vis-a-vis valid consent. It is generally true to say that responsibility tracks capacity. That is, in order to be responsible for X you must have the mental and physical capacity to do X. In the criminal law, the kinds of mental capacities that are singled out for responsibility are quite low. In order to be held criminally responsible for someone’s death you must either intend their death or serious injury, or be reckless with respect to their deaths. Unless an intoxicated person lacks consciousness, it is relatively easy for them to have such mental capacities. The same is true for rape, where the requisite mental capacity is the intention to sexually penetrate another human being. It is very difficult to see how anything short of severe intoxication could impair this capacity (though it is possible to imagine scenarios in which penetration occurred but was not intentional). You could reject the criminal law’s position on all this and argue that higher capacities are required, but if you don’t reject the legal position then the problem is that consent seems like really does require higher mental capacities. As Wertheimer points out, responsibility concerns how we should respond to what an agent has done; consent concerns what it is morally permissible for us to do to that agent. It seems plausible to suggest that the the ‘transformations [brought about by consent] require a deeper expression of the agent’s will than the intentions required for culpability for wrongdoing’ (Wertheimer 2000, 387).

The second problem with Hurd’s argument is that it fails to identify the limitations of ascribing responsibility to a particular agent. In saying that a person is responsible for some particular act (X), one is not committed to saying that the person is responsible for all the consequences of X (i.e. for bearing all the moral burdens associated with the act). To use a simple analogy, if I choose to go cycling without a helmet, I assume a certain risk of being in an accident. But it does not follow that I should necessarily bear all the costs associated with an accident, should one occur. That cost is likely to be borne socially, by either a governmental or private insurance fund, because that is a more appropriate way of distributing the associated burden. The same might be true in the case of intoxicated decisions to consent to sex. The agent might be responsible for some of her intoxicated behaviour, but not for all the consequences of her consent.


2. Estrich’s Argument: Intoxicated Consent may not be Valid
We move on then to consider Estrich’s opposing argument. This argument holds that the responsibility claim does not entail the validity of intoxicated consent. In making this argument, Estrich relies on analogies that are, in my experience, extremely common in the debate about consent and intoxication. She also uses these analogies to directly engage with the issue of distributing moral burdens associated with particular kinds of activities.

She points out that we don’t always hold the victims of other sorts of crimes morally accountable for getting themselves into a position where it was more likely for those crimes to occur. Instead, we resolutely impose moral accountability on those who carry out the crimes. She thinks it follows from this that we shouldn’t leap to the conclusion that someone who signals consent whilst voluntarily intoxicated is morally accountable for that consent. She gives the following examples to illustrate her point:

[we would not impose the risk burden on] people who walk alone on dangerous streets at night and get mugged or people who forget to lock their cars or leave the back windows of their houses wide open.


The analogies can be made even stronger. I would argue that we wouldn’t impose the moral burden on such people even if they were voluntarily intoxicated at the time. I could walk down a dangerous street whilst voluntarily intoxicated, but that wouldn’t mean that I wasn’t being criminally assaulted if I got beaten up by a group of thugs when I did. Why shouldn’t we adopt a similar approach in the case of intoxicated consent?


There is some appeal to this argument. It echoes the strong anti-victim blaming arguments one finds elsewhere in the literature on sexual assault. To take an obvious example, we (rightly) would not say that a woman who wore a revealing skirt should shoulder some of the moral burden associated with her sexual assault, even if it was true that wearing such a skirt raised the probability of her being sexually assaulted.

Still, there are problems with the argument. These can be detected in the slightly equivocal expression of premise (2). This expression is mine, not Estrich’s or Wertheimer’s, but it reveals a certain weakness in the case that Estrich is trying to make. To understand this weakness, you have to bear in mind two things. First, throughout this series of posts we are imagining cases in which a woman clearly signals consent to sexual relations whilst voluntarily intoxicated; not simply cases in which women are victims of sexual assault whilst voluntarily intoxicated. The latter sort of cases are, no doubt, common, but they are very different from the former because they may not involve any signal of consent. To put it more pithily, we are imagining cases in which a woman gets drunk, signals consent to sex, and engages in sex; we are not imagining cases in which a woman gets drunk and then someone engages in sexual activity with her without her consent. The second thing we need to bear in mind is the ‘moral magic’ of consent. Consent, if valid, transforms an impermissible act into a permissible one. Thus, determining whether or not valid consent is present always changes our moral interpretation of a given scenario.

These two things suffice to block the analogies upon which Estrich seeks to rely. In her imagined cases, the people really are victims of crime. There is no ambiguity or uncertainty about it. If I walk down the dangerous alleyway, whilst intoxicated, and someone physically attacks me, then I am a victim of crime. The physical attack would be criminal irrespective of whether I was drunk at the time or whether I foolishly assumed the risk associated with walking down that alleyway. This is very different from the intoxicated consent scenario. There is ambiguity and uncertainty in these cases. If the consent is valid, then the act is not criminal; if it is not valid, then it is criminal. The moral interpretation of the case varies dramatically depending on which is true.