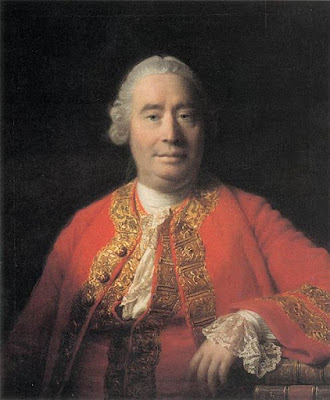 This is the second part in my series of posts on David Hume’s argument against miracles. Though Hume’s argument is widely-discussed and widely-referenced, it has been subject to a number of uncharitable interpretations. This, at any rate, is Robert Fogelin’s contention in his excellent little book A Defense of Hume on Miracles, which is the primary source for this series of posts.

In the previous entry, I explained some of the background to Fogelin’s book. He believes there are two major misreadings of Hume in the literature. The first holds that Hume thinks that no evidence could possibly suffice to establish the historical occurrence of a miracle. The second holds that Hume thinks that an a priori argument suffices to make the case against miracle claims. Both readings are in error.

The reason they are both in error has to do with the structure of Hume’s work Of Miracles. This work is divided into two parts. Most critics fail to appreciate the connections between the two parts. As we saw in the previous entry, part one sets out two general tests for establishing the credibility of testimonial evidence for the miraculous. The first test focuses on the properties of the witnesses; the second test focuses on the content of the testimony. They are (in abbreviated form):


Direct Test: Testimonial evidence for some event X is generally more reliable (i.e. more likely to be true) if it exemplifies certain properties (e.g. the witnesses are many, not few; they are of unimpeachable character etc.)

Exploring the implications of these tests is the goal of part one of Of Miracles. In doing so, Hume presents what appears to be an a priori argument against miracles. But as we saw the last day, this is not true. All Hume really says is that it is very difficult to establish the credibility of a miracle by appealing to testimonial evidence. Even if the testimony passes the direct test, it still faces the hurdle of the reverse test. In other words, all Hume is really saying in part one is that proponents of testimonial evidence for miracle claims are prone to elide the credibility of the witnesses and the credibility of the content of their testimony. This should not be done.

But that is not to rule out the possibility of successful testimonial evidence for miracle claims. It is only in part two of Of Miracles that Hume investigates existing testimonial evidence and reaches his main conclusion. We’ll look at that argument in the remainder of this post.

1. Why Hume thinks that No Existing Testimony Passes the Test
We start with Hume’s argument against the plausibility of actual testimony for miracle claims. To understand this argument we need to briefly reconsider the discussion of testimony in part one. In sketching out the general standards for evaluating testimonial evidence in part one, Hume adopted a classic philosophical practice: He conceded significant territory to the other side of the argument. He asked us to suppose that we had testimony favouring the miraculous from many witnesses, of unimpeachable and disinterested characters (i.e. suppose the evidence passes the ‘direct test’). He then proceeded to argue that even if we had such evidence, we would have a difficult time accepting the actual historical occurrence of a miraculous event.

But this concession was just part of Hume’s general exploration of testimonial evidence. When he turns his attention to the testimony that is available, he is much less forgiving. He thinks that there is no extant testimonial evidence that suffices to prove that a miraculous event took place. He offers four reasons for thinking this (bear in mind that Hume was writing in the 1700s and so dealing with the kinds of testimonial evidence for miracles that was floating around at that time):


Reason1: Hume contends that we do not have any miracle that has been ‘attested by a sufficient number of men, of such unquestioned good sense, education and learning, as to secure us against all delusion in themselves…’.


Reason2: He argues that those who put forward such testimonial claims tend to do so for largely emotional reasons, not for rational disinterested ones.


Reason3: Hume notes that testimonial accounts of the miraculous tend to find most favour among the ‘ignorant and barborous’ nations. The language is un-PC, but in essence he is saying that such claims abound among groups that are uneducated or unfamiliar with the modern scientific understanding of the world.

These four reasons hold true in the majority of cases. Nevertheless, some people point to a few examples where the testimony seems to pass the direct test. Hume considers such cases, and includes among their ranks the testimony concerning the miraculous regrowth of a limb in Saragossa (Spain), and a number of miracles attributed to the Jansenist abbe of Paris. In both instances, the events seem to be attested to by many people, some of whom appear to be disinterested and well-educated.

In these cases, it is still somewhat debateable as to whether the direct test is, in fact, passed. But assuming it is, Hume thinks that the reverse test will still suffice to undermine these specific claims. This is because, in these particular cases, it seems more likely that the individual witnesses are lying, or deluding themselves, or that what appeared to be miraculous has, in fact, some non-miraculous explanation. At this stage, Hume mentions the historical fact of debunkings or demystifications of similar miracle claims.

What are we to make of all this? First, we should note that this is not, and cannot be interpreted as, a general argument against miracles. It is rather an argument against specific sets of historical testimonial claims in favour of miracles. This makes it a relatively modest argument. Second, we should note that Hume’s argument is based very much on the evidence that was available in the 1700s. This was a more credulous time; there were no photographs or video cameras available back then. Unless you were yourself an eyewitness, you had to rely purely on someone’s say so. In that context, I would guess that Hume was right to be sceptical of the particular claims that were floating around (I say this without evaluating the evidential base in question).

The real question is whether his argument stacks up today? My view is that this cannot be determined in the abstract. Whether contemporary (i.e. 21st century) testimonial evidence for miraculous events is credible will always have to assessed on a case-by-case basis. I would only make two general observations. I would suggest that Hume’s reasons for dismissing testimonial evidence will continue to hold true in many instances. It seems to me that there is a good deal of over-interpretation and self-delusion going on in most miracle testimony (e.g. visions and hallucinations, or miraculous cures), and that it is often highly-localised. I would also suggest that when it comes to the historical claims of real religious significance (e.g. claims about Jesus’s resurrection), the evidential base has not improved greatly since Hume’s day. We are still relying on a small number of texts, often reporting second or third-hand what was alleged to have happened, from biased (i.e. not disinterested) parties. It’s difficult to see how this testimony could pass Hume’s direct test. And, indeed, Fogelin argues that this is Hume’s real focus in the text. He is not that bothered about all miracle claims; he is bothered by resurrection-like claims. These are the miracle claims that are alleged to form the basis of major religions.


2. Why Hume is Open to the Possibility of Credible Testimony of the Miraculous
Despite his scepticism, Hume is still at pains to point out that he is open to the possibility of there being credible testimonial evidence in favour of a miraculous event. To illustrate this, he appeals to a thought experiment, which I will here quote in full:

Eight Days of Darkness Thought Experiment “I own, that otherwise, there may possibly be miracles, or violations of the usual course of nature, of such a kind as to admit of proof from human testimony; though, perhaps, it will be impossible to find any such in all the records of history. Thus, suppose, all authors, in all languages, agree, that, from the first of January 1600, there was a total darkness over the whole earth for eight days: Suppose that the tradition of this extraordinary event is still strong and lively among the people: That all travellers, who return from foreign countries, bring us accounts of the same tradition, without the least variation or contradiction: It is evident, that our present philosophers, instead of doubting the fact, ought to receive it as certain, and ought to search for the causes when it might be derived."


This example shows how high Hume thinks the standard of proof really is. We are asked to imagine a case in which the miraculous event is completely public, and in which it is widely-reported in different cultures and sects, none of whom have any ulterior interest in promoting its truth. In such a case, the likelihood of the convergent testimony being false would be less than the prior probability of the miraculous claim. In such a case, both of Hume’s tests would be passed.

There are those who criticise Hume’s hypothetical example. They argue that if Hume accepts the possibility of proving the miraculous in the case of the eight days of darkness, he should also accept the possibility of proving the historical occurrence of something like the resurrection. One such critic is the Reverend William Warburton, who was a contemporary of Hume’s. He claimed that both the resurrection and the eight days of darkness had equal prior improbability (according to Hume’s criteria). Consequently, he thought that Hume was displaying nothing more than a prejudice against religion by denying the possibility of proof for the former. He should have accepted the plausibility of both events.


3. Conclusion
To briefly sum up, the two parts of Hume’s Of Miracles should be read together. The first part presents two tests that any testimony must pass if it is to provide the basis for belief in miracles. It does not present an a priori argument against the possibility of testimonial proof of a miracle; it merely stresses that the standard of proof is very high. It is the second part that presents an argument against the plausibility of testimonial proof. But that argument is contingent on the facts relating to particular cases. It does not allow us to reach general conclusions about the impossibility of proving a miracle. The only thing it does seem to suggest is that it is not plausible to believe in the historical miracle claims that lie at heart of the major religions, in particular Christianity.

Obviously, that is a controversial conclusion.
Posted by John Danaher at 4:41 PM