In some recent posts, I have looked at the role that bargaining theory can play in our understanding of distributive justice. In this post, I want to summarise the earlier discussion and connect it with some broader points in moral philosophy. I also want to consider an example of a moral use of bargaining theory.


1. The Bargaining Problem Redux
To start things off, let's consider once more the basic bargaining game I outlined earlier. It was called "Divide the Money". In it, two players, A and B, are given a sum of money (say, $100) to divide between them. The rules of the game stipulate that both must demand a fraction of the money simultaneously. If the sum of those fractions is 1 or less than 1, the money is divided accordingly; if it is greater than 1, neither gets anything.

This is an example of a game in which the players can achieve some surplus by coordinating their behaviour on a set of strategies (in this case a pair of fractional demands) that allows them to share the money. These kinds of games are commonplace in social settings. Indeed, one could argue that society originated from our need to solve these distributive games.

Following the standard methods of game theory, when trying to solve this game we should look for the pair of strategies that is in equilibrium. The problem is that there are multiple possible equilibria in this game. Indeed, any pair of fractional demands that adds up to one is a potential equilibrium.

This presents us with a problem, despite the importance of these kinds of distributive games to society, we cannot find a unique solution to them.


2. The Axiomatic Approach
This is where bargaining theory steps in. It tries to use the basic analytical tools from game theory and decision theory to find unique solutions to bargaining problems. In an earlier post, we considered the axiomatic and cooperative approach to bargaining pioneered by John Nash. This cooperative approach assumes that once a bargain has been struck it is possible for the parties to implement it through joint action. It also works from a set of axioms, which are nothing more than assumptions about the behaviour of rational actors.

(Note: the non-cooperative approach has not been considered. I may do this at a later date, but don't hold your breath.)

We considered Nash's own bargaining solution in some detail. While it clearly succeeds in finding a unique solution to the bargaining problem, it does so with several questionable axioms in tow. In particular, Nash's assumption that removing irrelevant options would not change the behaviour of the players seems to be false. At best, this assumption could be adopted as a conventional constraint on the agreement by the parties. But if this is allowed, other conventional constraints could be adopted (in the form of axioms) which could lead to different solutions.

Restricted constructivism begins with a set of moral principles or intuitions that it then inputs into some mechanism. This mechanism, in turn, produces a set of moral judgments about a given area (e.g. distributive justice). This account is "restricted" in the sense that it does not provide a complete theory of the origin or nature of moral truths. It only provides a restricted account of the origin of moral truths in a given subject area. The moral inputs into the constructive mechanism could come from anywhere.

This is obviously in contrast to metaethical constructivism. This tries to provide a complete answer to all (or most) metaethical questions concerning the origin and nature of moral truths. It does so by trying to provide a formal account of practical reason and showing how moral judgments follow from this formal account. I have recently begun a series looking at one form of metaethical constructivism: Alan Gewirth's argument to the principle of generic consistency.

If the axiomatic approach is to constitute a form of restricted constructivism, it is important that the axioms do reflect or cash-out certain moral intuitions. I want to consider one more (quick) example of this from the work of John Roemer. 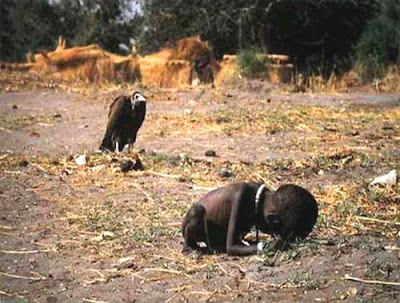 4. Solving the Problem of Infant Mortality
Roemer asks us to imagine a charitable agency who deal specifically with the problem of child mortality in the developing world. The agency receives donations and it must decide how to spend those donations. Thus it is charged with solving a distributive problem.

Suppose it can spend its money on two types of intervention (x, y) that help reduce infant mortality. And suppose also that there are five countries (A - E) in which these interventions can be distributed. Country A has an infant mortality rate of 10%, Country B 8%, Country C 6%, Country D 4% and Country E 2%.

Roemer suggests that the following axioms apply to the agency's decision:


Roemer argues that these axioms embody an (eclectic) set of moral intuitions that we have about procedural and distributive justice. Furthermore he argues that only one distributive solution can satisfy all five conditions at the same time. This is the "leximin solution" which allocates resources in the following way:

5. Conclusion
As mentioned above, I think the axiomatic approach is one plausible way to operationalise restricted constructivism. More may need to be said about the types of moral issues or problems to which it can be properly applied, however, I will not be saying this for the time being.

The question I want to consider next is whether there is any plausible way of using the axiomatic approach to operationalise a metaethical form of constructivism. One person who has attempted to do just this is David Gauthier. I propose to look at his most famous work, Morals by Agreement, in a later series.
Posted by John Danaher at 5:28 PM