Can the mind stay young forever? (Part One) 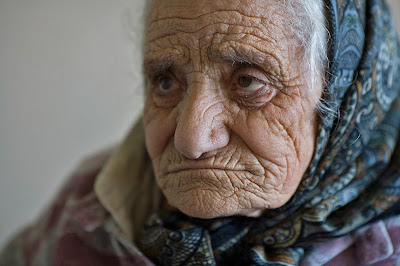 There are a lot of people out there who would prefer not to die. There are also many people trying to make this a reality by working seriously on the science of life extension. The goal, it would seem, is to reverse (or at least halt) the aging process, and allow us to live indefinitely. Let’s call the people who share this goal the “extensionists”.

One such critic is Michael Hauskeller. In his 2011 paper “Forever Young? Life Extension and the Ageing Mind” he argues that the extensionist project is both unwise and unobtainable. The former because it living indefinitely would have downsides that are not always appreciated by the extensionists; and the latter because extensionists fail to addressing the aging of the mind, as distinct from the ageing of the body.

I’ve looked into similar arguments for and against life extension in the past on this blog, but nevertheless I thought it would be worth taking a few posts to run through bits of Hauskeller’s paper. This is primarily because I think his arguments about the aging of the mind are worth considering, but also because he has some other interesting stuff to say about the downsides of indefinite extension.

I’ll break this up into two posts. In this post, I will look at what I take to be Hauskeller’s central argument, as well as the arguments for and against its key premise. In the next post, I’ll look at one of the other premises, and the various rebuttals and counter-rebuttals it engenders.


1. The Inevitability of Mental Aging Argument
Hauskeller starts his article by discussing something he calls the immortalist fallacy. In essence, the immortalist fallacy is the belief that because people don’t want to die, they must want to live forever. Hauskeller says that this is an erroneous inference. You might think that if someone doesn’t want to die it follows, by necessary implication, that they want to continue living forever. But this is not so. The fallacy arises in part from the assumption that if you want something to be so at a particular moment in time, you must always want it to be so. As A.W. Moore puts it: “I might never want to die without wanting never to die.”

Despite the fact that I think it is misleading, the discussion of the immortalist fallacy is still a useful entry point into Hauskeller’s other main argument. For it raises the obvious question: why would you not want to live forever? Surely life is always better than death? Not necessarily. Sometimes life is associated with great pain and suffering. In those cases, death might be better than life. Furthermore, old age usually involves a continual decline in our physical health and well-being. If we could only live forever in a state of physical old age, then maybe life wouldn’t be all that great.

This is why most extensionists favour reversing or calling a halt to the aging process. For example, Aubrey de Grey, probably the most prominent extensionist in the modern era, favours something he calls negligible senescence. This refers to a state in which there are minimal physical or biological symptoms of old age. The aging process is, effectively, suspended. This seems to happen in some animal species (e.g. tortoises) and de Grey’s goal is to bring it about in human beings.

So this would seem to be a fair characterisation of the extensionist goal:

Extensionist Goal: To allow us, as individual persons, to live forever in a state of perpetual youth (or with negligible senescence).


Hauskeller’s central argument claims that the extensionist goal is unobtainable. This is because extensionists routinely ignore the fact that aging is a function of both body and mind. And although it may be possible to halt the aging of the body, it is impossible to halt the aging of the mind. Let’s start by giving this argument some formal garb:


One general comment first. Although this argument assumes that mind and body are distinct in some important respects, it does not require dualism about body and mind. In other words, one could accept that mind and body are made from the same “stuff” and still accept this argument. All that is required is that the mechanisms and properties of the mind, even if made of the same stuff, are distinguishable from other physical and biological mechanisms. This is no different than saying that the heart and lungs, though made of the same stuff, have distinct properties and mechanisms.

With that point out of the way, let’s focus on the individual premises.

The first and second premises shouldn’t be too controversial. The first premise is simply a statement of the extensionist goal. We can accept this for the time being and see where it leads us. If we end up agreeing with Hauskeller’s argument, we may have to revise the goal. But that’s something we’ll do as and when the need arises. The second premise also seems like a fair statement. To stay young is not simply to maintain a youthful physique, it is also to maintain a youthful set of psychological dispositions and capacities.

It’s the third premise that is the crux of the argument. Why should we accept it? Well, here’s a possible defence: One of the main constituents of the mind is the personal narrative that we each have. Our “self concept” if you will. This self-concept consists of memories, traits, and dispositions, i.e. stories about our past and attitudes toward our lives. Both of these things change — grow old — via the accumulation of experiences. The longer we live, the more experiences we accumulate, and hence the “older” our self-concept becomes. There is a longer story to tell about ourselves and a shift in attitudes toward ourselves and the world around us. There is no obvious way to avoid this: simply by continuing to exist you continue to accumulate experiences. And since the life extensionist goal is to continue our lives indefinitely, it follows, that it entails the continuous accumulation of experiences, and hence the inevitability of mental aging.

Should we accept this argument for premise (3)? Is there anyway to avoid it?


2. Is mental aging really inevitable?
Hauskeller addresses two arguments against premise (3) in his article. The first is based on psychological and sociological studies of the experience of aging. The second is based on the suggestion that selective erasure or memory dampening could help to halt mental aging.

One of the key findings from empirical studies of the experience of aging is that it depends heavily on social and personal context. Whether or not someone feels old depends on what is happening in the world around them. For example, in a study by Margareta Nilsson and her colleagues (back in 2000), it was suggested that “feeling old” depends on three variables (actually four but we'll ignore one):

Self-Disconnectedness: People feel old if they no longer associate or connect with their former selves (i.e. the narrative or self-concept they have built up over time does not seem to fit with their current range of experiences).

Separation from significant others: People feel old if they feel separated-out from former friends, family and colleagues. This typically happens when these people start to die off in large numbers.


The interesting thing about these three variables is that they highlight how calendar age can fail to track experiential age. In other words, they highlight how you can feel young, even if your calendar age is quite old; and vice versa. For example, an 80 year-old might feel quite young — spry, enthusiastic etc. — if he/she is not a burden to anyone, can still do the things he/she expects to be able to do, and if he/she has not lost the significant others in their lives. Likewise, a 20 year-old might feel quite old — lethargic, bored etc. — if they are a burden to others, cannot do what they expect to be able to do, and have lost the significant others in their lives.

This suggests an argument against premise (3). You can see how it might go. If it is true that one’s mental age depends on these three factors, there are obvious ways in which the life extensionist project can suppress all three of them. Indeed, the life extensionist project may do this by necessity. It will, after all, need to keep us fit and healthy, and it can be shared with our significant others so that we never have to experience the kind of separation mentioned above.

Hauskeller makes a couple of points in response to this. The first is to suggest that this data on the feeling of aging may not apply to radically extended lifespans. It may work for lifespans of approximately 80 to 100 years, but once we can start living for 160 or more years, who knows what will happen. Furthermore, he argues that there is “sociological evidence” (which, unfortunately, he does not cite) showing that how old one feels depends on how much loss one has experienced. When this evidence is combined with the fact that the accumulation of experience necessarily entails loss (more paths not travelled, more memories/moments one can never have again), we get another argument for the inevitability of mental aging. I think there’s an interesting point here, but it has to do with whether mental aging is pleasant or not, not with whether it is inevitable or not. We’ll get into that issue in the next post.

The second argument against premise (3) is the selective erasure argument. This claims that one can block the mental build-up of aging by selectively and occasionally erasing one’s past experiences and memories. For this to really block the mental build-up, however, it would require discontinuity between the old and new “you”. This would seem to have two unwelcome implications. First, it would arguably imply that “you” must “die”. After all, who you are can be understood as a bundle of beliefs, traits and dispositions. If these must be erased in order to maintain mental youth, then you too must be erased. But that would mean you would die and it would defeat the whole purpose of life extension. Second, even if the complete bundle of beliefs, traits and dispositions need not be erased — i.e. some basic self-concept can be kept constant over time — it would still seem to entail a pretty unpleasant state of existence. There are famous amensiac patients who have lived lives of this sort, maintaining a basic sense of self but never accumulating new experiences. For example, patient H.M. lived like this for over 50 years. It seems unlikely that a proponent of life extensionist would endorse such a form of existence.

All of which suggests that the life extensionist goal, at least as we have characterised it, is a bad one. Maybe it would be okay to grow old — mentally speaking — and just maintain a youthful body? In other words, maybe premise (1) should simply be rejected. We’ll look at the arguments for and against this proposition the next day.
Posted by John Danaher at 8:01 PM