The Ethics of Chemical Castration (Part One) 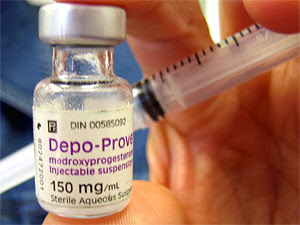 Chemical castration has been legally recognised and utilised as a form of treatment for certain types of sex offender for many years. This is in the belief that it can significantly reduce recidivism rates amongst this class of offenders. Its usage varies around the world. Nine U.S. states currently allow for it, as well as several European countries. Typically, it is presented as an “option” to sex offenders who are currently serving prison sentences. The idea being that if they voluntarily submit to chemical castration they can serve a reduced sentence.

Obviously, this practice raises a number of empirical and ethical questions. Does chemical castration actually reduce recidivism? Is it ethically right to present a convicted sex offender with a choice between continued imprisonment or release with chemical castration? Is this not unduly coercive and autonomy-undermining?

In their recent paper “Coercion, Incarceration and Chemical Castration: An Argument from Autonomy”, Douglas et al look at both of these questions. They consider the history and current use of chemical castration, as well as the autonomy-related concerns its use raises. Contrary to the prevailing view, they argue that the conditional offer of chemical castration can actually be autonomy-enhancing, not undermining.

I am going to take a look at their argument in this series of posts. In the remainder of this post, I consider the different forms of chemical castration and the evidence for and against them. I then address the common argument that the conditional offer of chemical castration to an already convicted sex offenders is morally problematic. In part two, I’ll consider Douglas et al’s contrary argument.

There are a variety of pharmacological agents out there that can have the desired libido-lowering effect. Medroxyprogesterone acetate (MPA) and cyproterone acetate (CPA) are the ones that have been traditionally used. MPA (specifically, Depo-Provera) is popular in the US, whereas as CPA is more popular in Europe, the Middle East and Canada. CPA has not been approved for use by the US Food and Drug Administration due to evidence linking it to liver cell carcinoma. Contrariwise, MPA was abandoned in Europe due to concerns about its side effects.

In addition to MPA and CPA, certain anti-depressant drugs (SSRIs) are thought to be useful for some mild cases due to their well-known libido-lowering side effects. More recently, a class of hormonal drugs (gonadotrophin-releasing hormone agonists, or GnRH agonists for short) have been used. They were introduced to treat prostate cancers, but have been found to have a significant testosterone-lowering effect.

The evidence linking these chemical agents to a reduction in recidivism is quite mixed. Douglas et al review several studies on MPA and CPA in their paper. They note some small-scale studies with positive findings, along with others that found there was no significant effect. On the other, early studies suggest that GnRH agonists are highly efficacious in reducing self-reported deviant sexual behaviours, even among those who do not respond to MPA and CPA. But as of yet there are no randomised controlled trials.

In addition to this, the drugs suffer from a number of limitations and side effects. They only seem to be effective against those with recognised and diagnosed paraphilias. Not all sex offenders are diagnosed paraphiliacs. Furthermore, both MPA and CPA have a range of mild to severe side effects. These include mood instability, depression, male menopause, headaches and bone demineralisation. There is also the suggested carcinoma link with CPA, mentioned above. GnRH agonists seem to have significantly fewer side effects, though the risk of bone demineralisation from long term use remains.

So where does this leave us? As Douglas et al see it, it leaves us with the conclusion that the evidence for reduced recidivism is not robust; but that GnRH agonists are the most “promising” form of chemical castration, further evidence pending.

This empirical background should be borne in mind as we move on now to consider the more ethical issues. For better or worse, the ethical inquiry will proceed on the assumption that chemical castration is an effective way of reducing recidivism among an identifiable class of sex offenders. This assumption may not be warranted.

On the face of it, this arrangement seems to be ethically appropriate. Compulsory castration is arguably a step too far because it involves a serious and side-effect riddled form of medical treatment (I say “arguably” because many might be inclined to think of sex offenders as having forfeited their rights not to be treated in this way). But consent is morally transformative. If a sex offender volunteered for treatment, it would transform what might be deemed ethically unacceptable into something that was ethically acceptable.

And, indeed, we can imagine that many sex offenders would be tempted by the offer. Consider the structure of the decision problem they face. It is a choice between: (i) a prolonged prison sentence, on the one hand; versus (ii) freedom and medical treatment on the other. Even if the drugs do have serious side effects, the latter will often be the more attractive option, particularly if we take into account the fact that sex offenders are frequently among the worst-treated prisoners (not to condone what they have done, of course).

The problem with this is that the decision problem seems to be unduly coercive. Although the sex offender does indeed have a choice, they are being strongly pushed in one direction. The analogy here might be with the classic case of the highwayman who robs the wealthy stagecoach passenger. Imagine you are such a passenger, and you are waylaid by a Dick Turpinesque figure. He points his pistol at you and gives you a choice “Your money or your life?” Of course, you choose to give him your money.

In this example, you consented to handing over your money. But this cannot be a valid, morally transformative form of consent. The mere fact that the highwayman gave you a choice is not enough for that. On the contrary, the scenario was one of undue coercion: one of the options was so bad (the one resulting in your death) that you were forced into the other one.

Could the same not be said about the choice facing the sex offender? One of the options is so bad (continuing imprisonment) that they are simply forced into the other one? This line of reasoning has seemed attractive to some. As Douglas et al see it, these authors are relying on the following argument against chemical castration (this is Douglas et al’s wording, not mine):


A typical response to this argument is to challenge premise (1). In my sketch of the highwayman analogy, I deliberately passed over many subtleties in the contemporary debate about consent and coercion. To give but one example, according to some leading accounts of coercion, a truly coercive choice must be one that threatens to put you in a worse position than you would otherwise have been in if you had not been presented with the choice. That is clearly true in the highwayman case, but it’s not clearly true in the sex offender case. Indeed, you could argue in that case that the option puts you in a better position than you would otherwise have been in (because, as a convicted sex offender, you are going to be punished in some manner anyway).

This line of argument could be pursued at great length. Fortunately, we are not going to do that here. Instead, we are going to focus on premise (2). It is this premise that Douglas et al call into question. They do so by arguing that if an intervention enhances autonomy it can be legitimately offered to the offender, even if valid consent is not possible. We’ll look into their argument in part two.
Posted by John Danaher at 8:00 AM