Tweet
I don't know if anybody is interested in this kind of thing, but in case they are the following is based on a set of handouts I once prepared on argumentation schemes. It is based on work by the argumentation theorist Douglas Walton (taken specifically from this book). He has literally written the book on every informal fallacy out there, worth checking out.

Each image provides the abstract form of the argument, an example and a set of critical questions.


1. Argument from the Position to Know 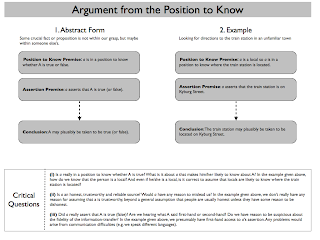 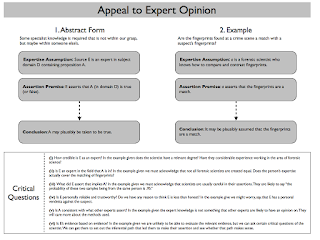 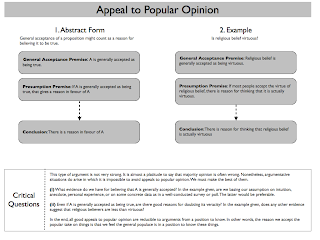 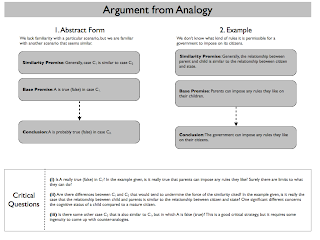 5. Argument from Correlation to Cause 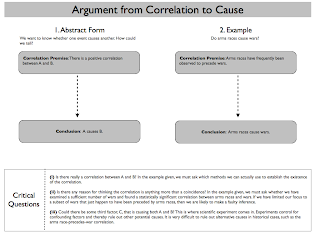 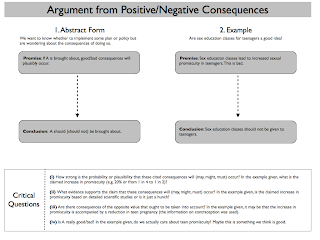 Email ThisBlogThis!Share to TwitterShare to FacebookShare to Pinterest
Labels: Philosophy 101