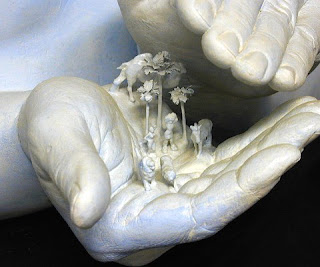 This post is part of my series on chapter 7 of Gregory Dawes's book Theism and Explanation. In this chapter, Dawes assesses the strength of theistic explanations against a list of six explanatory virtues.

In this post we will look at theism in light of the explanatory virtues of simplicity and ontological economy.


1. What is Simplicity?
The simpler the hypothesis, the more inclined we are to accept it. But which is the simpler hypothesis? It is usually understood as being the hypothesis that posits the fewest number of distinct entities and properties. That, at least, is Richard Swinburne's approach to simplicity.

This might be a little opaque, so let's consider an example. Suppose you have recently developed a plant fertiliser. You are adamant that it will dramatically increase the rate at which my plants grow. I decide to put it to the test. I set up a rudimentary controlled experiment in which I give some plants your fertiliser, some plants a standard fertiliser and some plants nothing at all. I try to hold constant other relevant factors such as access to sunlight and water.

Much to my chagrin, after several weeks there is no discernible difference in growth rates. I come back to you with these disappointing results. You respond by saying that I wasn't using the fertiliser properly. It must be administered in the dark and at a temperature below 5 degrees celsius.

I take this new information on board and initiate a new test. After several weeks of the new regime there is still no discernible difference in growth rates. Feeling slightly aggrieved at having wasted so much time, I return to you once more with my results. You respond again by suggesting that I am not using it properly. I must also talk to my plants while administering the fertiliser and then play classical music to them when I am not around.

At each stage in this process, you are introducing auxiliary hypotheses that make it more and more difficult for your original hypothesis to be falsified. And so you are making your hypothesis less and less simple.


2. Is Theism Simple?
How well do theistic explanations fare in terms of simplicity? To answer this question, it will be instructive to consider a debate between Peter Van Inwagen and Paul Draper.

Back in 1989, Draper presented an argument suggesting that certain observations we have made concerning the biological utility of pain are more surprising on the hypothesis of theism than they are on the hypothesis of indifference. I will be covering this argument over at commonsenseatheism.com soon so I will not explain it here. All that needs to be said here is that Draper's argument is an evidentialist form of the problem of evil.

This is not a promising approach. If it is accepted, then theism will score low in terms of simplicity. To retain any explanatory merit, these auxiliary hypotheses will need to score highly in terms of the other explanatory virtues.

It is interesting to note that one reason why Van Inwagen does not find the idea of positing auxiliary hypotheses to be problematic is that he is not an evidentialist. He follows Plantinga in thinking that we know of God's existence in a properly basic manner. Because of this, evidence is to be treated in terms of damage control: what do we need to deny and what can be explained away?

Van Inwagen's approach might be shared by many theists. They will not typically believe in God because he happens to be the best explanation for a set of facts. They will believe for psychological and emotional reasons. So when challenged with events and states of affairs that seem to be inconsistent with their idea of God, they will be happy to invent a plethora auxiliary hypotheses.

The obvious question is the following: once you have added-on all these auxiliary hypotheses, are you left with something worth believing in?


3. Ontological Economy
So much for simplicity, now we have to consider the virtue of ontological economy. What Dawes means by this comes close to what Swinburne means by simplicity, but it is slightly different. What he means is that when explaining something we should not introduce new kinds (types) of ontological entity (or process) unless we have sufficient reason to do so.

Dawes cites two examples suggesting that this is an acceptable restriction to place on successful explanations. The first comes from the work of Charles Lyell, one of the founders of modern geology. Lyell argued that when we are explaining how the earth got to be the way it is, we should do so in terms of processes that we can still observe today. 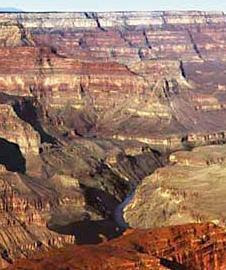 We should be wary about suggesting that there were different ontological processes in the past because that would open the door to "the utmost license of conjecture in speculating on the causes of geological phenomena."

The second of Dawes's examples comes from the work of Thomas Aquinas. Dawes notes that in considering arguments for the existence of God, Aquinas accepted the virtue of ontological economy. So the point here is that we shouldn't be apologetic about using this explanatory virtue since it is something that theists can accept.

Now, it should be borne in mind that this virtue is not intended to be an explanatory straitjacket: we can posit new ontological entities and processes if there is sufficient reason to do so. "Sufficient reason" would mean satisfying the other explanatory virtues such as testability, simplicity, informativeness and so on.

Of course, it should not come as a surprise to learn that theism does not fare well on the ontological-economy-front.

Okay, that's it for this post. In the next part of this series we will consider theism in light of the final explanatory virtue: informativeness.
Posted by John Danaher at 11:14 AM