Tweet
Erik Wielenberg has been trying to defend a type of non-natural moral realism from the ire of theists and other debunkers. In this series I will take a look at one of his articles on this topic:

The article's title tells you pretty much all you need to know about its content. Wielenberg tries to defend a non-natural moral realism from theistic critics. For the sake of convenience, we will refer to this non-natural non-theistic moral realism with the initials "NNMR".

In this part, I will simply sketch the broad outline of Wielenberg's realism this sketch will be defended from the theistic critics in subsequent posts. Wielenberg's general strategy is to argue that anyone who wants to affirm moral truths must be a realist. To this end, he undermines theistic critiques by highlighting their hidden realist presumptions. 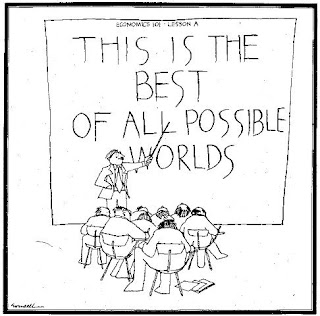 The Ontological Building-Blocks
To firmly grasp the nettle that is Wielenberg's thesis, we need to begin by reviewing some of the more obscure aspects of philosophical ontology.

The universe is made up of stuff. The goal of ontology is to figure out what kind of stuff there is. Ontologists like to devise, define and discriminate between distinct types of ontological entity, e.g. properties, particulars, universals, events and so on.

One type of ontological entity is known as a state of affairs. If you follow that link to the Stanford Encylcopedia of Philosophy you will see that this concept is, unsurprisingly, controversial. It is pretty clear from Wielenberg's article that he understands states of affairs to be abstract entities, somewhat akin to mathematical truths but not exactly.

The qualifier "not exactly" is needed because there are several important distinctions to be made between different types of states of affairs.

Furthermore, some facts depend on others for their existence. This is a reference to causal dependence. So, again, democratic governance is causally dependent on a whole set of other facts, cultural, historical, psychological, for its existence.

These concepts - states of affairs, contingent facts, necessary facts and brute facts - are all we need to understand Wielenberg's basic moral philosophy.


Moral Realism
Wielenberg's moral realism embraces the following propositions. First, some of the states of affairs that actually obtain in the world have moral properties. That is to say, it is meaningful to refer to them as being "good" or "bad".

Third, some moral states of affairs are necessary, others are contingent. Wielenberg gives the example of the wrongness of torturing an innocent person as a necessarily true moral state of affairs. However, suppose that the means of torturing such a person was to press some button. In this case button-pressing would be a contingent moral wrong.

Fourth, at least some of these necessary moral facts are brute. To ask of such facts "where do they come from?" or "on what foundations do they rest?" is misguided. An example of a brute moral fact might be the intrinsic badness of pain.

That's it for now. In the next post we will consider the theistic critiques of this position.
Posted by John Danaher at 12:01 AM