What is Constructivism in Metaethics? (Part 2)

To be more precise, the constructivist thesis is the following: moral truth is simply what is entailed by the practical point of view. This basic thesis was covered in part one.

In this part, we follow Street in trying to carve out the unique place of constructivism in the metaethical literature. This requires us to contrast it with three other metaethical positions: (i) realism; (ii) naturalistic ideal observer theory; and (iii) expressivism.


1. Constructivism vs. Moral Realism
I have written about moral realism before. Roughly, moral realists hold that moral values are real mind-independent properties. Ontologically speaking, these properties are likely to be Platonic in form. Thus, they are not reducible to naturalistic properties.

In contrast to this, constructivism maintains that moral values are necessarily dependent on minds that are capable of doing the valuing. That is: values depend on minds that can take the practical point of view.

A secular version of the Euthyphro dilemma brings out this contrast between realism and constructivism. The dilemma asks us whether things are valuable because we happen to value them or whether we value things because they possess some independently constituted value.

2. Constructivism vs. the Ideal Observer
Ideal observer theories are popular among naturalistic moral realists. This species of moral realist wants to reconcile moral truth with scientific/natural truth, but does not want to embrace the mind-dependence of constructivism in the process.

The best way to appreciate the distinction between the two approaches is to consider an analogy. Street chooses an analogy based upon baseball, which is unfortunate since I know next to nothing about that particular sport. Nonetheless, I shall persevere with her example. 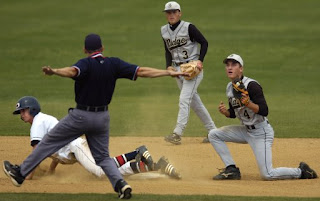 Despite these attractions, the theory has some obvious defects. First, it has a tendency to lapse into question-begging triviality. For example, we could spend a considerable amount of time arguing over what an ideal observer would be like and end up with the following description: "an ideal umpire is one who could accurately judge facts such as whether or not a player is safe". That would be entirely uninformative.

Second, it seems wrong to say that a player's being safe is constituted by the opinions of an ideal umpire. That would seem to confuse epistemic access with ontological reality.

The constructivist thesis is less attractive from an epistemic perspective. By suggesting that baseball facts are simply those that are entailed by the rules of baseball, the constructivist seems to create a realm of facts that is off-limits to naturalistic inquiry.

But despite this epistemic stumbling block, the constructivist position surpasses the ideal observer on ontological grounds. First, it says nothing that it not consistent with a naturalistic worldview. And second, it seems right to say that a player's being safe is constituted by a combination of non-normative facts and the rules of baseball.

Of course to complete the analogy between baseball and morality, we need to know what occupies the position of the "rules of baseball" in a constructivist metaethics. The answer is "the rules of practical reason" or "the rules of the valuing game". Indeed, the central task of constructivism is to give a formal descriptive analysis of these rules.


3. Constructivism vs. Expressivism
The final distinction that needs to be made is that between constructivists and expressivists. The standard account is that constructivism is cognitivist (i.e. thinks there can be moral truth/falsity) while expressivism is not. Street thinks that this is uninformative, so she develops an alternative.

The distinction takes the form of an intellectual ping-pong battle between the expressivists and the constructivists. We join the contest at a relatively late stage.


i. The Expressivist Challenge
Expressivists take it that the central task of metaethics is to explain the meaning or semantics of moral terms such as "good", "bad", "permissible" etc. This position is inspired by the catalyst for much modern metaethics: Moore's open question argument. 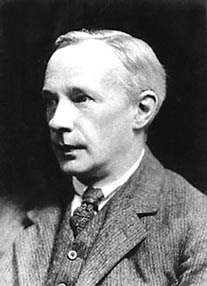 Expressivists take it that Moore's open question has shown a direct explanation of moral meaning to be impossible. In other words, it is impossible to say that "good = pleasure" because it will always be possible to ask the further (open) question "why is pleasure good?".

Instead, expressivists offer an indirect explanation of moral language. They claim that moral language is used to express motivational mental states, e.g. states of approval, acceptance, preference and so forth. The manner of this expression is such as to trick us into thinking that these states are capable of being true or false. But in thinking this we are mistaken. Moral expressions do not have any truth-value.

The debate over the morality of torture provides an illustration of this difference. The constructivist would say that torture is impermissible if, and only if, that is what is entailed by the practical point of view. The expressivist would argue that this is itself a substantive claim (expression) about what is morally acceptable, and not a metaethical claim about moral semantics.

As regards a constructivist moral semantics, Street thinks that there are several plausible accounts.  I'll give just one of these.

A constructivist could argue that a full account of the practical point of view would provide us with an inferentialist moral semantics. Which is to say that moral predicates would derive their meaning from the role they play in the inferences made by practical reasoners.

For example, when I say that "unsaturated fat is good", what I really mean to say is that the consumption of unsaturated fat would help me to satisfy my goal of avoiding heart disease. So "good" derives its meaning from its role in practical inferences.

As regards the misguided nature of expressivism, Street argues that by focusing so much attention on the semantic issue, expressivists miss the key metaethical question: can moral values find a place in a naturalistic worldview?

This is where the expressivist goes wrong.


4. Conclusion
That brings us to the end of this article. Let's try to summarise Street's main points. The goal of her article was to set forth the key metaethical claims of constructivism. This required her to do two things: (i) give an account of the constructivist thesis and (ii) distinguish constructivism from other metaethical positions.

The central task of metaethical constructivism is to give a formal account of what it means to value something. This central task was merely identified in this article, not undertaken.

Constructivists differ from moral realists in thinking that values are mind-dependent. Realists are opposed to the idea, preferring to think that moral properties are like Platonic properties.

Constructivists differ from ideal observer theories in thinking it is a mistake to say that moral values are constituted by the judgements of a hypothetical observer. This would seem to be ontologically obtuse: how could the fact that my behaviour was bad depend on the opinion of someone else?

Finally, constructivists differ from expressivists in thinking that the task of metaethics is to reconcile moral value with a naturalistic worldview. In contrast, expressivists think the central task of metaethics is to offer an account of moral semantics. Constructivists think that this cannot be properly done until we have worked out the place of value in the natural world.
Posted by John Danaher at 3:02 PM