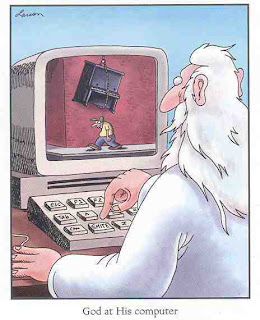 This post is part of my series on Chapter 7 of Gregory Dawes's book Theism and Explanation. In this chapter, Dawes's assesses the merits of theistic explanations in light of a series of six explanatory virtues.


1. What is Background Knowledge?
The first question we need to ask is: what is background knowledge? The answer is straightforward: background knowledge is any fact or theory, excluding the fact(s) we are currently trying to explain, of which we already have knowledge.

All things being equal, consistency with background knowledge is an explanatory virtue. As we shall see in a moment, some argue that in the case of theism things are not equal. For now, let's assume that they are. 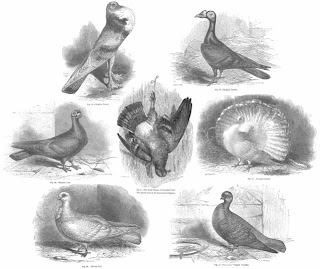 The fact that Darwin's theory was consistent with artificial selection counted in its favour.


2. Is Theism Consistent with Background Knowledge?
Now we need to ask whether theistic explanations are consistent with background knowledge. On the one hand, given that we employ intentional explanations all the time, there is reason to think they are consistent. On the other hand, the nature of the divine agent is so completely different to the intentional agents with which we normally deal that the consistency is more apparent than real.

The main problem is that God is a non-physical, eternal, omniscient agent. The idea that such an agent could will into existence the physical, non-eternal universe is completely alien from our background knowledge.

Note that this is true even if you embrace some form of dualism about the human mind. J.L. Mackie made this point well when he criticised Swinburne's cosmological argument. He said:


All our knowledge of intention-fulfillment is of embodied intentions being fulfilled indirectly by way of bodily changes and movements which are causally related to the intended result, and where the ability thus to fulfil intentions itself has a causal history, either of evolutionary development or of learning or of both. (From The Miracle of Theism, p. 100)

Mackie's statements are consistent with the idea of a non-physical human mind, and they signal how alien the divine mind really is.


3. Is Background Knowledge Relevant?
Given the inconsistency of theism with background knowledge, theists might be inclined to argue that this particular explanatory virtue is not relevant when considering the explanatory merits of theism. Indeed, this is precisely what Richard Swinburne does and his argument is worthy of our attention.

At first glance this seems like a sound objection, but it falls apart on closer inspection. What Swinburne is saying here is that theistic explanations are so broad that they can explain all true propositions (P1, P2....Pn) about the world. But the reality is that no theist does, or even could, offer such a broad explanation.

The point can be generalised: the past explanatory success of naturalistic scientific explanations is a reason to favour them over supernatural explanations (such as theism). This is not simply an illegitimate attempt to stack the deck against theistic explanations. The successes of naturalism are numerous and real. We are aware of them every time we take an antibiotic or turn on a laptop.

Until theistic or supernatural explanations have had similarly productive explanatory successes, there will always be reason to be sceptical of them.


That's it for now. In the next part of this series we will look at the explanatory virtues of simplicity and ontological economy.
Posted by John Danaher at 10:21 PM