Tweet
This post is part of my series on Erik Wielenberg's article "In Defence of Non-Natural, Non-Theistic Moral Realism". Part one is here.

In this article Wielenberg defends his moral theory (which I abbreviate to "NNMR") from its theistic critics. We saw in part one that Wielenberg's theory appeals to the existence of brute non-natural moral facts. These are moral facts that do not need to be given any deeper explanation or ontological foundation.

This is, of course, disturbing to theists. They want moral facts to be grounded in God. In this post we will look at William Wainwright's attempt to show how God is needed for morality. 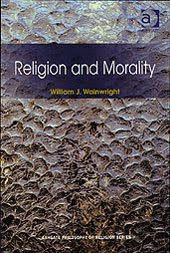 1. Supervenience
I have covered the topic of supervenience before so forgive me if I do not explain it again. For present purposes, the important point is that Wielenberg's moral realism implies that moral properties such as "rightness" or "wrongness" supervene on non-moral properties.

Although the idea of moral supervenience has been challenged in the past, Wainwright agrees with it. He just happens to think that it makes more sense in a theistic framework than it does in a naturalistic framework.

Why does he think this? Well, as mentioned previously, Wielenberg's thesis maintains that moral supervenience is simply a brute fact. Something that needs no deeper explanation or ontological foundation. This means that asking a question like "why is pain intrinsically bad?" is misguided.


2. But isn't God a Brute Fact?
Is Wainwright justified in thinking that brute moral facts are strange? Wielenberg thinks not since theists are themselves guilty of accepting one massively non-trivial brute fact, namely: God. Wainwright will need to show why we can accept God as a brute fact while not doing the same for moral facts.

Fortunately, this is a challenge that Wainwright is not willing to shirk. He offers two reasons for accepting the brute fact of God's existence, but not of moral facts.

The problem with this line of argument is that it assumes what it wants to prove, i.e. that God is necessary for morality. Wainwright has not done anything to show that a DCT provides a coherent foundation for morality. He seems to think that because DCTs are conceivable, they must also be metaphysically possible. This is an unattractive thesis since it is also conceivable that God does not exist. But despite this conceivability, theists usually contend that God must exist in every metaphysically possible world.

The second reason for embracing the brute fact of God's existence, but not of morality, is to appeal to God's self-explanatory nature. The idea is not obviously incoherent but it is pretty mysterious nonetheless.

Indeed, Wielenberg argues that the appeal to a self-explantory nature is simply an appeal to a new type of brute fact. If we can accept that, why not accept brute moral facts?

In the end then Wainwright gives us no good reasons to reject the idea of brute moral facts. 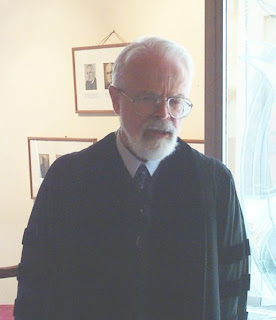 3. The Allure of Robert M. Adams
Despite this failure, are there any other reasons we might have for preferring to ground morality in God? Wainwright suggests that there is: if theism can actually explain why the moral supervenes on the non-moral, then that is a reason, all things being equal, to prefer it to NNMR.

Of course, this raises the obvious question: can theism really explain moral supervenience? At this point, Wainwright, like many of his theistic colleagues, appeals to the work of Robert M. Adams. It seems to be a generally agreed that Adams has provided the most sophisticated and coherent account of why God is good.

The account runs something like the following. God's nature is to be loving, just, merciful and so on. Other things are good to the extent that they share in or resemble this divine nature. And because God's nature is also necessary, the supervenience of the moral is a necessary fact of existence.

What are we to make of this? Wielenberg suggests that Adams's theory only works to the extent that it presumes the existence of brute ethical facts.

To see this, we begin by noting that Adams's "God = Good" identity-claim is inspired by the "Water = H20" identity-claim. What is interesting about both of these identity-claims is that they are not semantic, they are ontological. They propose an ontological equivalence between two independently defined entities.

Think about it this way: H20 does not explain the existence of water, so neither does God explain or account for the existence of the Good. Both sides of these identity relations have to have a plausible antecedent metaphysical independence in order for the identity-claim to work.

So when Adams claims that God is Good he is, in effect, saying that there exists a brute ethical fact (Goodness) that happens to be embodied in God. This ethical fact is not created by God, it is just ontologically equivalent to God.

Once again, we have no reason to reject the existence of brute ethical facts. Indeed, we must accept them before we can accept Adams's theory.


4. Conclusion
To sum up, we began with Wielenberg's NNMR-thesis. This thesis implies the existence of brute ethical facts that supervene on non-moral facts. These facts do not depend on the existence of God.

This thesis was challenged by Wainwright on two main fronts. First, by arguing that we should not accept the existence of such non-trivial brute facts. And second, by arguing that God could explain moral supervenience.

Wielenberg responded to both arguments by pointing out how they themselves presupposed or shared the assumptions about brute facts that are built into his thesis.

In the next post we will cover Wielenberg's responses to William Lane Craig and J.P. Moreland's criticisms of NNMR.
Posted by John Danaher at 3:22 PM