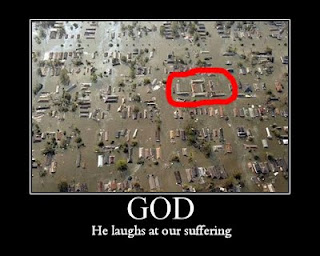 Gregory Dawes's book Theism and Explanation is one of the more careful treatments of the question: can God be an explanation of anything?

I have no intention of going through the entire book, but I was recently reading through Chapter 5 on "Potential Theistic Explanations" and thought it merited a blog series (why waste all that effort reading it, right?).


1. The Story so Far...
In Chapter 5, Dawes deals with the position of theological scepticism. This is the claim that God cannot be an explanation of anything because we do not know enough about him. Interestingly, this position is defended by atheists, such as Elliot Sober, and by theists, such as Peter van Inwagen.

You might wonder why theists defend this position, but the answer is straightforward: they think we come to know of God's existence in a manner distinct from how we come to know the truth of ordinary explanatory hypotheses. They may also be conscious of the fact that bringing God into the explanatory arena is not necessarily a boon to theism.

To get the most out of the discussion of Chapter 5, I need to offer a quick background sketch of what Dawes tries to establish in the preceding chapters. I am not going to cover everything he says, just the essentials. Nor am I going to defend any of the claims presented in this sketch. Dawes does this, but for present purposes they will need to be taken as given.

Having established the purpose of the book, Dawes proceeds in chapters 2, 3 and 4 to the general topic of explanation and the specific topic of theistic explanation. He makes two important claims. First, that any purported explanation must satisfy the requirements of Peirce's schema for abductive inference. This schema is the following:

As he points out at length elsewhere, it does not take much to satisfy this schema. The real test of an explanation is how well is measures up against a list of explanatory virtues. I have discussed this previously.
The second important claim is that theistic explanations are a brand of intentional explanation. What does this mean? Well, an intentional explanation is one that explains something in terms of the beliefs, desires and intentions of rational agents.
So I explain your opening of the fridge door, in terms of (a) your intention to open the door which arises from (b) your desire to retrieve the milk and (c) your belief that the milk is in the fridge.
To add some formalistic dressing to this relatively simple idea, Dawes presents the following practical syllogism. All intentional explanations must fit with this syllogism:


This practical syllogism incorporates what Dawes calls the "rationality principle". I will talk about this in more detail later. 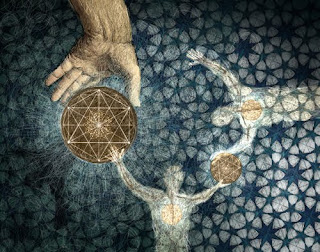 2. Theological Scepticism
Now that we have some appreciation for the backdrop to Chapter 5, we can proceed to its actual contents. In this chapter, Dawes tries to counter some in principle objections to theistic explanations. As mentioned at the outset, these objections come in the shape of theological scepticism.
Dawes distinguishes between two varieties of theological scepticism. Remember, the idea is that God could be an explanation of certain states of affair because they are attributable to a divine intention. This is analogous with how we explain the behaviour of other intentional agents.

The first type of theological sceptic thinks that the analogy cannot hold water. The divine agent is wholly distinct from the human and animal agents we have to contend with on a daily basis. We have no idea what God's beliefs and desires really are, so we have no juice to put into the divine explanatory engine.

The second type of sceptic focuses more on our inability to make modal judgements about God. Modality is, very roughly, a bit of jargon for propositions that are qualified by terms such as "possible", "necessary", "contingent" etc. It is most often brought up when discussing possible worlds. I mentioned this in one of my posts about causation.

Applying this to the present debate, we cannot have a theistic explanation because we simply do not know what options (possible worlds) were open to God when he is trying to implement his intentions. Are there innumerable options or is he restricted in some way?

Dawes responds to these criticisms by saying that we can make certain assumptions about God and so can actually place certain constraints on a theistic explanation. Two of these constraints are central to this chapter: (i) the rationality principle and (ii) the optimality principle.

We will take a look at these constraints and take a more detailed look at the arguments of the sceptics in future entries.