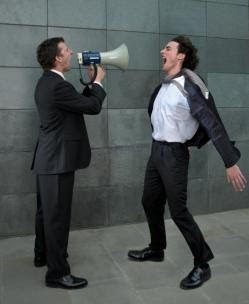 I am currently looking at an article by Sripada and Stich entitled "A Framework for the Psychology of Norms". The article does exactly what it says on the tin: it provides a framework for investigating the psychology of norms.

In Part 1, I covered the preliminary account of norms and listed some social-level facts about them. To review, norms are principles and rules determining appropriate conduct; they are a cultural universal; they cluster around common themes but have variable content; and there are almost always exceptions to the common themes.


1. Norm Acquisition
The most obvious and most evidentially well-supported fact is that people, of all cultures and heritages, seem to acquire norms in a reliable and predictable fashion. Indeed, acquisition occurs relatively early in life. Several studies suggest that children have knowledge of normative rules between the ages of 3-5.

A major cross-cultural study by Henrich et al* focused on norms of cooperation and fairness. It was found that while these norms varied in their content, that content was relatively fixed in people's minds by the age of nine.

2. Motivational Effects
It is very clear that the acquisition of norms has a powerful effect on people's motivations. Classic economic rationality would suggest that people are only motivated to follow norms if there is some clear benefit to themselves. We would call this instrumental rationality.

Several lines of evidence suggest that people follow norms for intrinsic reasons. In other words, people are disposed to follow norms even when there is no obvious personal benefit from doing so. Despite this, it would be wrong to say that instrumental rationality is never a factor: human motivation is complex and it is possible that people act for both intrinsic and instrumental reasons as roughly the same time.

One crucial feature of norms is that they tend to encourage people to take an impartial view of their actions. By abstracting away from personal circumstances, norms try to force upon us unselfish modes of reasoning. David Hume was fond of making this point.

There are several lines of evidence supporting the intrinsic motivation hypothesis. Here is a sampling:

3. Punishment
Perhaps the most convincing evidence for people's willingness to follow norms irrespective of the impact on personal or societal welfare comes from studies of the motivation to punish.

It is found that people are innate retributivists. They have a strong non-consequentialist desire to punish people who violate norms.

There are some complexities to take note of. First, motivations to punish do not always translate into behaviours, they can be suppressed or overridden by other concerns. Second, not every norm has a punishment associated with it.

The evidence supporting the intrinsic motivation to punish is multifarious. Here is a sample:

The results from experimental economics have been widely replicated, which suggests that the findings are robust.
Finally, it is worth noting that developmental psychologists have found that children systematically exhibit punitive attitudes towards those who violate rules without being taught to exhibit these attitudes. This might lend some support to those who see moral learning as analogous to language learning.
To conclude, human beings seem to have some innate cognitive structures that predispose them to the acquisition of norms. Once they acquire these norms, they seem to follow them in a predominantly intrinsic manner.
In the next part we will look at the hypothetical cognitive structures that might be responsible for all of this.