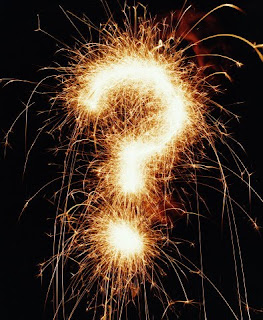 This post is part of my series How Society Works. For an index, see here.

I am currently working my way through an article by Sripada and Stich entitled "A Framework for the Psychology of Norms". No prizes for guessing what it is about.

In the first two parts I reviewed some of the data about normative behaviour. In Part 3, I presented Sripada and Stich's model for explaining the psychology of norms, and introduced some of the questions that should guide future research in this area.

In this final part I continue to look at these future research questions. Focusing in particular on the role of the emotions, explicit reasoning and cognitive biases in normative psychology.

1. The Emotions
Philosophical iconoclast David Hume once argued that the emotions had a significant role to play in normative judgement. Sripada and Stich think there is good evidence to suggest that the emotions play a part in generating punitive motivations.

Indeed, research in this area suggests that three phenomena are closely linked: (i) norm-violation; (ii) the experience of emotions such as contempt and disgust; and (iii) the desire to punish the elicitor of the emotion. (Sripada and Stich review some studies by Johnathan Haidt, Joshua Greene and others in support of this).

There is also some speculation to the effect that emotions play an important role in generating compliance motivations. However, Sripada and Stich note a lack of compelling evidence to support this conjecture.

These speculations about the role of the emotions necessitate some additions to the box-and-arrow model presented in Part 3. The arrows with the dotted lines indicate hypothetical links, the solid lines indicate links for which there is good evidence. 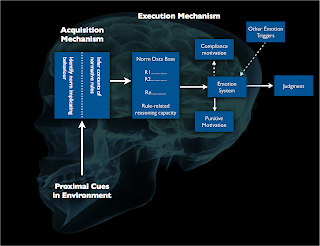 2. Explicit-Reasoning
An important question about normative psychology concerns the role of explicit reasoning in normative judgement. The classic Kohlbergian position maintains that people pass through a number of stages in moral development. The later stages of this development involve detached moral reasoning.

In this detached moral reasoning-stage, Kohlberg stresses the importance of "ideal perspective-taking". This refers to our ability to abstract away from personal circumstances to discover general normative principles. This is the type of thing that Rawls was trying to achieve with his original position and the veil of ignorance.

The actual role that detached moral reasoning plays in normative judgement and behaviour is unclear. Sripada and Stich think it is likely that detached reasoning is separate from the mechanism they have been outlining to this point. They argue that this would explain why rational awareness and revision of moral principles is often superficial and ineffective.

This suggests yet another revision to the model under discussion. 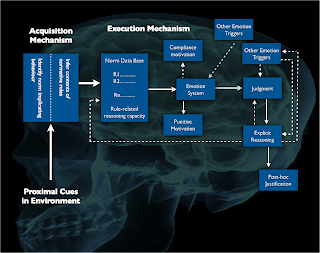 3. Biases and Constraints
The final set of questions for future research relates to the role of biases and constraints in normative acquisition. There is plenty of evidence to suggest that biases feature in other psychological processes but does this carry over?
Sripada and Stich recommend that we begin with the Pac-man Hypothesis. This hypothesis maintains that people can acquire any and all types of norm. We then consider all the ways in which the Pac-man Hypothesis could be wrong.
The first way in which it could be wrong is if at least some norms are innate. This might be true if there were some norms that were shared by all cultures. However, this does not appear to be true: norms do cluster around common themes but there is wide variation and some exceptions.
The second way in which it could be wrong is if moral judgement is constrained by a set of innate principles and parameters. This is exactly what Marc Hauser argues.
The third and final way in which it could be wrong is if some norms are more cognitively attractive or if certain situations are more conducive to moral learning. For example, proponents of gene-culture coevolution, such as Boyd and Richerson, argue that we more readily acquire norms from certain individuals due to a suite of biases:
There is some evidence for age and gender biases, and lots of evidence for prestige and conformity biases.
That brings us to the end of Sripada and Stich's article.
Posted by John Danaher at 2:47 PM