Must Goodness be Independent of God? (Part 2): Craig on God's Nature 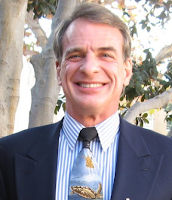 I am currently taking a look at an article by Wes entitled "Must there be a Standard of Moral Goodness Apart from God?". This article looks at the attempts of William Lane Craig and William Alston to rescue divine command morality from the horns of the Euthyphro dilemma.

According to the Ockhamist interpretation, God creates morality through his commands and we must obey them. Why we should obey them is unclear.

According to the Platonist interpretation, God is simply a moral expert who has perfect knowledge of an independent existing realm of moral truths. This interpretation would make God metaphysically unnecessary for morality.

In this Part we will look at Craig's attempt to avoid those unwelcome interpretations. This post is short because Craig's attempt blends into Alston's attempt after a careful reading (at least, that seems to be Wes's take on it).


1. The Divine Nature
Craig's answer to the Euthyphro is disarming in its simplicity. God's commands, he tells us,* flow directly from his moral nature. Morality is expressed to us in the form of commands, but it is wrong to say that these commands are whimsical or capricious: they necessarily reflect the divine moral nature. This nature consists in lovingness, generosity, justice, kindness and so on.

I suspect that there may be theological inconsistencies within this account: how can God be free and omnipotent if his commands are necessarily dictated by his moral nature? I have heard lawyers advance similar claims about criminals. But these theological difficulties are irrelevant to this discussion.

The real question is why is it that the properties of love, generosity, justice and kindness are good? How does Craig avoid moral platonism? Morriston says:


Craig's answer would appear to be that these qualities are good because they are united in God's nature. There is no standard of goodness apart from God. God's moral nature -- his character as we might say -- plays the role of the "Good" in Plato's Republic. It, and nothing else is the true Ultimate."

2. What is a Divine Nature?
The cogency of Craig's solution starts to unravel as soon as we consider what it means to have a "nature". A person's nature is a set of properties that they are imbued with and possess in every possible world. So to say that God has a moral nature is to say that he possesses a set of properties in every possible world.

This leads to what we might call Craig's Dilemma. If Craig is simply identifying the Good with a set of properties that God happens to possess, then God is not the source of morality. It is the properties he possesses that perform this function. And anyone who had these properties would be good, irregardless of God's existence.

This lands us back in the Platonic waters Craig was trying to rescue us from.

One potential solution to Craig's dilemma is the doctrine of divine simplicity. Adhering to the tenets of this doctrine, we would have to say that God's nature is singular and indivisible and thus not distinct from his being. On this doctrine, it is wrong to say that the property of goodness stands over-and-above God.

However, it is not clear that divine simplicity can provide a source of morality. After all, the moral properties beloved by Craig (love, generosity, kindness, and justice) are not simple. They would seem to require a God with part-whole distinctions.

If we want to find some way to yoke God's existence to the existence of morality we would be better off considering Alston's argument.

Funnily enough, that's exactly what we'll be doing in part 3.


* Morriston's discussion of Craig's views is based on the following paper:
"The Indispensability of Theological Meta-Ethical Foundations for Morality"
Posted by John Danaher at 11:08 AM