Must Goodness be Independent of God? (Part 3): Alston and the Divine Metre Stick 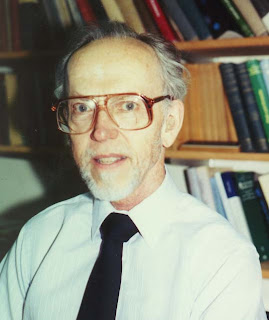 This post is part of my series on Wes Morriston's discussions of theistic morality. For an index, see here.
I am currently taking a look at an article by Wes entitled "Must there be a Standard of Moral Goodness Apart from God?". This article looks at the attempts of William Lane Craig and William Alston to rescue divine command morality from the horns of the Euthyphro dilemma.
Part one introduced the whole Euthyphro debate. Part two covered Craig's solution to the dilemma. It was found to be lacking. In this part we will consider Alston's solution. It will also be found to be lacking. 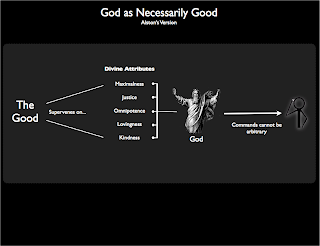 To this point, Alston's solution sounds suspiciously similar to Craig's. Both seem to be singling out a set of properties as the basis for morality and in doing so their positions seem to reduce to Moral Platonism. Alston tries to avoid this interpretation with an analogy.
2. The Metre Stick Analogy
Alston suggests that there are two distinct kinds of predicate: Platonistic and particularistic. The former predicates are defined in terms of a set of necessary and sufficient conditions; the latter in terms of similarity to a paradigm.
An example of Platonistic predicate would be triangle. A triangle has a precise geometrical definition. Indeed, the definition is so precise that no existing object, no matter how triangular it appears to be, is actually a triangle.
By way of contrast, an example of a particularistic predicate would be metre. This is a unit of measurement that defined in terms of similarity to a paradigmatic object. According to popular misconception, this object is a platinum-iridium bar in Paris (Morriston points out that this is no longer true).
So now we reach the punchline: the property of goodness is to God as the property of being a metre is to the platinum-iridium bar. Consequently, to say something is good is to highlight its similarity to God.
In this way, Alston hopes to escape Platonism. But does he escape the Euthyphro dilemma?

3. An Unfortunate Analogy?
Recall, that the other horn of the Euthyphro is represented by the Ockhamist. According to the Ockhamist, God's commands are good for no other reason than that they are God's. This is thought to make morality arbitrary.


Is Alston's position simply a disguised form of Ockhamism? It would seem so. He claims that God plays the part of moral metre-stick, but what is it about God that justifies his choice for that role?


Alston has two responses to this.


i. The Significance of Particularism
First, he argues that the objection doesn't imbibe the full importance of the Platonist/particularist distinction. If one is going to charge his account with arbitrariness, one may as well ask: what singles out the platinum-iridium bar for the special status of metre-hood? The answer is nothing. Particularist properties simply don't work that way.


Alston is aware of this, so he sometimes falls back on the idea that God's "maximality" is what makes him a non-arbitrary moral metre-stick. But this seems to be a reversion to Platonism: it is now maximal love, maximal kindness etc. that are doing all the work.


ii. The Arbitrariness of Platonism
Alston's second response comes in the shape of a riposte to the Platonist. He argues that his invocation of God as the supreme moral principle is no worse than the Platonist's invocation of some abstract property. Explanations have to come to an end somewhere and for Alston that somewhere is God.


This is all well and good. It may well be that explanatory stopping points are always metaphysically arbitrary. But that leaves us with a pragmatic question: is God more useful than a Platonic standard?


It would seem unlikely that he is (these observations are largely my own, although somewhat influenced by what Morriston says).


First of all, we frequently use Platonic properties - e.g. trianglehood - for pragmatic reasons without labouring under the misapprehension that triangles actually exist in the physical world.


We could do something similar in morality by appealing to an ideal observer and using him/her when making moral calculations. This observer is somewhat analogous to God, but no one thinks he/she actually exists. In fact, many secular theories of morality already do this.

Second, we may actually end up in a worse position if we appeal to God. After all, to make the appeal worthwhile, we would need epistemic access to unambiguous divine commands. Such access is sorely lacking.

4. Divine Sovereignty
I'm skipping a large part of Morriston's discussion on the truth conditions of particularistic predicates. I feel that it is too technical for a blog entry. Instead, I will close out this series by summarising what he has to say about divine sovereignty.


One reason that theist's cling to divine command theory is that they want morality to be "up to God"; to preserve divine sovereignty. That is what Alston and Craig's solutions to the Euthyphro were designed to do.


Morriston thinks that even if Alston and Craig's theories were successful, they would not preserve the notion of divine sovereignty.


Think about it: if God's nature is responsible for the existence of moral properties (in a particularist or Platonic way), then he would still not be able to exercise control over what those moral properties are.


Craig and Alston admit as much: their answer to the Ockhamist horn of the Euthyphro is that God's commands are not arbitrary because they are constrained by his nature.


This is similar to someone who might argue that logical and mathematical truths owe their existence to God's existence. Even if they are right, it would seem odd to say that God literally wills the validity of the modus ponens.


If this is right, then a divine command theory of morality would always be superfluous.


* It should be noted that Alston does not defend a divine command theory. He offers his solution to those who might wish to defend such a theory.
Posted by John Danaher at 3:08 PM