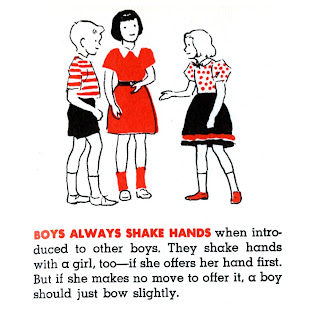 I am going to kick things off by looking at the following article:


Chandra Sekhar Sripada & Stephen Stich "A Framework for the Psychology of Norms" in Carruthers, Laurence and Stich The Innate Mind (Vol. 2) Culture and Cognition (OUP, 2007).

Let's get straight to it.


1. Why do we need a framework?
Sripada and Stich begin their article by noting the importance of norms to the study of human sociality. Norms make social life possible, and they are frequently mentioned in the psychological literature. Nonetheless, there has been little systematic attention paid to norms in cognitive science. The goal of this article is to provide a systematic framework for the future investigation of normative systems.

The article is divided into five main sections. The first section offers a preliminary account of what a norm is; the second section sets out some social-level facts about norms; the third section sets out some individual-level facts about norms; the fourth section sketches the psychological framework that the authors promised; and the fifth section highlights some key questions for future research.

In this post we will cover sections 1 and 2 of the article.


2. What is a Norm?
A norm, according to Sripada and Stich, is a rule or principle that specifies which actions are required, permitted or forbidden. According to this definition, a norm does not owe its existence to any particular legal or social institution. Norms can and often do exist without institutional support.

Part of the reason for this has to do with relatively fixed psychological traits that we all seem to share. The picture is roughly the following:

These psychological traits seem to make normative systems self-sustaining. Think "invisible hand of the market" and you are on the right track.
3. Social-Level Facts
With the preliminary account of norms under the belts, Sripada and Stich proceed to identify some social-level facts about norms. There are three of them.

The first fact is that norms are a cultural universal. Norms, and sanctions for norms are found in all societies and they govern practically all activities within a society. This suggests that there might be an innate basis for the acquisition and implementation of norms.

Although norms are a cultural universal, they display variable content. In other words, different acts are permitted or outlawed to different degrees, in different societies.

The variability is not indefinite. Indeed, certain types of norm pop up over-and-over again in the ethnographic literature. Sripada and Stich suggest the following as exemplars of this trend:

But within these general categories there is considerable variation.
Take the example of incest norms. Sripada and Stich note that every society has incest taboos of some sort but that these norms vary in terms of the sexual activities, and types of family relation to which they apply.
Most societies have what is known as a core incest norm: all sexual intercourse between members of the nuclear family is forbidden. But societies also vary in how they extend that core norm. For example, in some tribal societies all marriages within the tribe are outlawed. The idea of variable content is illustrated below (note: the diagram is based on absolutely no data and is intended for illustrative purposes only). 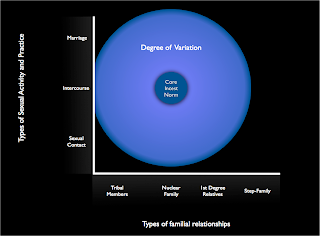 This brings us to the final social-level fact about norms. Although norms cluster around general themes, there are usually exceptions to these general themes. Sticking with the example of incest, there is good evidence to suggest that brother-sister marriages have been tolerated in different times and places, e.g. in Egypt during the Roman period.
That's it for social-level facts. In Part 2 we'll cover individual-level facts about norms.
Posted by John Danaher at 10:00 AM