Tweet
I'm blogging my way through every article in The Blackwell Companion to Ethics. Today, it's a biggie: Christian Ethics by Ronald Preston.

Preston's essay covers quite a lot of ground. He begins with a blitzkrieg-style history of the Christian faith, noting its changing relationship with the contemporary culture. He follows with a quick introduction to the basic questions and methods of Christian ethics. He then looks at the ethical teachings from the gospels and the writings of St. Paul. He closes with some criticisms of Christian ethics.

In this part, I am going to skip the historical introduction and dive straight into the basic questions, methods and gospel teachings. In the next part, I will cover St. Paul and the criticisms. 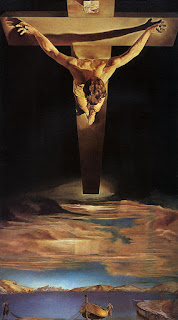 1. Basic Questions and Methods
Obviously, the most distinctive aspect of Christian ethics is that it is based on the Christian faith. This has two basic components: God exists, and is disclosed to us in the ministry and teachings of Jesus.

Despite this religious grounding, Christian ethics is concerned with two basic questions that are shared by most schools of ethical thought:
The question of motive has held particular fascination in Christian thought. Some suggest that motive is irrelevant, that what is important is the objective consequences of the action. But for most Christians motive is crucial because it is through right motive that we engage in "spiritual formation".

This brings us to the phenomenon of moral casuistry, which is the bringing of motivation to bear on particular decisions. Casuistry got a bad name during the Counter-Reformation because it was seen to carve out ridiculous exceptions to conventional moral rules. For example, the concept of "philosophic sin" held that no action was sinful unless the agent was thinking about God at the time of commission.

Although this is clearly disreputable, Preston thinks that the flaw was with those who made use of casuistry not with the idea itself. Indeed, he maintains that casuistry is essential: it involves the careful use of thought in applying general principles to particular circumstances. Christian ethics would be an exercise in ignorance without it.

On to the gospels.

2. The Teachings of Jesus


(a) The Basic Motif
Although it's oversimplified, Preston treats the four gospels as roughly homogeneous. That is: they provide a reasonably unified vision of Jesus's ethical message. He acknowledges the difficulty with this -- in particular, he notes that John's gospel is a more philosophical reflection on Jesus's message -- nonetheless he ploughs ahead.

The first thing to note is that Jesus was a Jew. His ministry and teachings were a unique and idiosyncratic take on the central ethical message of Judaism: the imitatio dei. His teachings are made through his actions, pithy sayings and parables; they are not made through scholarly interpretations of the Jewish law.

There is a basic motif to his ethical teachings: they radicalise conventional reciprocal morality. In other words, they push us towards an extreme form of empathy, trust and fellow-feeling. Consider:
There are many other instances where Jesus seems to preach an ideology of extremity (e.g. his injunction against even thinking about adultery). And yet in spite of all this, he rarely gives specific advice or rulings on ethical matters (e.g. Luke 12: 14). He offers no concrete guidance on modern social or political issues. The sole exception appears to be his comments on divorce and marriage (Preston has some doubts about the authenticity of these).

For example, I may love to engage in scholarly research, and I may think of the pursuit of knowledge as something noble, but my love can only ever fall within the realm of eros because I am getting something out of it.

Agape is love purged of its self-interested aspects. It enjoins us to cultivate an unselfconscious empathy with our fellow man, and a deep respect and worship for God.

One of the more extreme interpretations of Christian love arises in the Lutheran tradition. Luther famously admonished Christians to abandon the idea that doing good works would get them salvation. This was because good-works-doctrine always had an element of self-aggrandisement to it.

(c) The Impossibility of Christianity
This radical type of love is often criticised for being out of our reach. Indeed, Christian groups have often struggled to stay true to the ideal and have tended to revert to a more commonsense morality.

They have justified this move in two ways. First, they claim that Jesus's message was apocalyptic: it only made sense to follow it if one believed in the imminent destruction of the world. Indeed, many of his teachings would seem to threaten social stability (e.g. "give no thought for the morrow...").

Second, they have made a division between what is possible for members of holy orders and the laity. It may be possible for those living a cloistered monastic existence to approach the radical ideal laid down in the gospels, but it is not possible for the laity. They need to operate within the more traditional commonsense morality, particularly because agape provides no obvious concrete ethical guidelines; it is more an abstract emotion.

Preston has two responses to these charges of impossibility:
That's it for now. In part 2, I will look at St. Paul and the criticisms of Christian ethics.
Posted by John Danaher at 12:50 PM