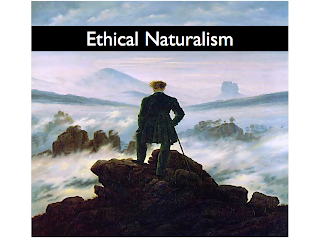 I am blogging every essay in The Blackwell Companion to Ethics. In this post, I cover the essay on ethical naturalism by Charles R. Pidgen.


What is Ethical Naturalism?
Naturalism is a sub-branch of ethical realism. It maintains that moral propositions are objectively true, that they are not simply expressions of opinion, and that morality is not a fiction.

What separates Naturalism from other species of realism is its support for the reducibility-thesis. This is the idea that moral facts are not sui generis; that they can actually be reduced to other types of fact such as psychological, biological, sociological or, even, theological facts.

Is Ethics Autonomous?
The greatest hurdle faced by naturalists is the claimed autonomy of ethics. This claim dates back, famously, to the writings of David Hume. Hume maintained that descriptions ('is' statements) are wholly distinct from prescriptions ('ought' statements). Thus it was impossible to move from a description to a prescription. A similar argument was put forward by G.E. Moore.

Pidgen's primary task in this essay is to show that these challenges to naturalism are unsuccessful. To do so, he distinguishes between three varieties of autonomy:
Only if the thesis of ontological autonomy is established does Naturalism fail. Pidgen's strategy in this essay is to show how Hume and Moore's arguments only prove logical and semantic autonomy, not ontological autonomy.

Hume and Logical Autonomy
Hume's argument is often paraphrased as follows: you cannot derive an 'ought' from an 'is'. But this is really only a general statement about the conservatism of logic. It says nothing interesting about the nature of moral facts. So Hume's challenge is limp. Why?

In any logical deduction, you deduce or infer a conclusion from a set of premises. Classically, the premisses will consist of one general principle (All X are Y) and one factual statement (Something is X), from which you can infer an unchallengeable conclusion (Something is Y). The problem is that you never get out of a logical deduction more than is in the original premisses.

Hume's argument also says nothing about semantic autonomy. This is where Moore's argument enters the fray.

Moore and Semantic Autonomy
G.E. Moore was an ethical realist, but a non-naturalist realist. He maintained that ethical properties were sui generis. He did so by arguing that naturalists always confused the sui generis property of 'goodness' with objects that share that property.

For example, a classical utilitarian might say that sentient pleasure was good. This implies that pleasure and goodness are equivalent. But this would further imply that the question "Is pleasure good?" was unintelligible. Moore argued that such a question was intelligible ("the open question argument") and so naturalism failed.

Pidgen responds to this by showing that Moore has, at best, demonstrated that goodness and pleasurableness are not semantically equivalent. However, he has said nothing about their potential ontological equivalence.

An example helps to illustrate this counterargument. Pidgen suggests that 'water' and 'H2O' are not semantically equivalent. The former is a prescientific term based on perceptual qualities (odourless, colourless liquid); the latter is a scientific and theoretical term (molecule consisting of two hydrogen atoms and one oxygen atom). Now although they are semantically distinct, it just so happens that water and H2O are ontologically equivalent.

It could just as easily be the case that pleasure and good are ontologically equivalent.

Conclusion
Pidgen's goal was to show how the standard objections to naturalism fail. He thinks he has achieved this by showing how there is a confusion between the three varieties (logical, semantic, and ontological) of autonomy. He closes the essay by considering three potential reductions of moral facts:
Whether any of these attempts succeed is another matter.
Posted by John Danaher at 4:23 PM