Reformed Epistemology (Part 3): The Revenge of the Sceptic

Tweet
This post is part of my series on Nicholas Everitt's The Non-Existence of God. For an index see here.

I am currently going through Chapter 2 of Everitt's book, which deals with Alvin Plantinga's arguments for a reformed epistemology (RE).

In Part 2, I covered Plantinga's arguments. In essence, they amount to following: God-belief is properly basic, experientially grounded and requires no positive justification; it may be defeated by argument, but there may also be defeaters to those arguments.

In this Part, I will cover Everitt's objections to Plantinga. One of the chief virtues of Everitt's book is that it packs a lot into a condensed space. In just four pages he raises a number of interesting objections. It's hard to be any briefer than he is, but I will try.

Fortunately, there is some order to what he says. He offers two main arguments against Plantinga: (i) God-belief cannot be properly basic, even granting some of what Plantinga has to say; and (ii) even if it works, Plantinga's reformed epistemology has very little effect on the role of reason in the assessment of God's existence.


1. The Unstable Grounding of God-Belief
If you recall from Part 2, Plantinga suggested that although you cannot reason your way to a basic belief, these basic beliefs can be experientially grounded. Everitt argues that experiential grounding makes some sense when applied to other types of basic belief, but none at all when it comes to God-belief.

This becomes apparent when we look at the two experiences that Plantinga suggests can ground a properly basic belief in God. They are: (a) when reading the Bible you get the feeling that God is talking to you; and (b) when you do something wrong, you get a pang of conscience which is suggestive of a moral lawgiver. In neither case is the content of the experience actually a three-omni God. 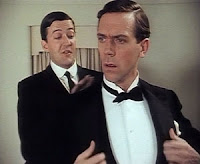 There's also something more dubious about the beliefs that can be grounded by both experiences. In my leisure time I like reading the comic novels of P.G. Wodehouse. The numerous Jeeves and Wooster stories are a particular favourite. The stories are written in the first-person, from the perspective of Bertram Wooster. The characterisation is so well done that while reading them I really get the feeling that he is talking to me. Does this make Wooster-belief properly basic?

You may object that in the case of Wooster-belief we have a good defeater readily at hand: we know that Wodehouse was the real author. But we know similar things about the authors of the various books of the Bible. We know that there were several authors of genesis and we know that the New Testament writers had their own axes to grind.

A similar point can be made about the pang of conscience. When I started out my odyssey as a PhD student, I made a rule about my study-behaviour: I had to read and summarise three academic articles every day. I often broke this rule, and when I did I felt a pang of conscience. What beliefs did this pang-of-conscience experience entitle me to hold? Surely nothing more than that I had broken a rule, not that the rule was made by God.

The point here is that pangs-of-conscience arise for a variety of mundane reasons that have nothing to do with an eternal moral lawgiver.

Now there is more to be said about moral lawgivers and hearing God talking to you. But what can be said is more properly said when looking at two other types of argument: arguments from experience and arguments from morality. What is important for now is that Plantinga's suggestions don't make God-belief properly basic.


2. Two Different Sense of "Belief"
In his second line of attack, Everitt argues that there is a critical duality in the concepts of epistemic approval used by philosophers.

Most of Plantinga's arguments concern the duty-sense of belief. In other words, they answer the questions: is it permissible for me to believe in God? Am I being epistemically negligent in believing as I do? All these questions are directed at the act of believing.

There is a second sense of belief, the truth-indicator sense. Here, the concern is with questions like the following: is what I believe true? Does my belief pick out a real ontological entity? These questions are not directed at the act of believing but at the content of the belief.

Now here's the rub. Plantinga's arguments may succeed insofar as they target the duty-sense of belief. It may be illegitimate to criticise or chastise a believer in God for failing in their epistemic duties. But even so, the truthfulness of the beliefs is still open to assessment with logic and evidence.


3. Some Closing Observations
Everitt says some other interesting things, but that summary covers the main details. I think there is one major blindspot in both Everitt's attack and Plantinga's arguments for RE that is worth raising.

Surely this objection applies equally as well to Plantinga's reformed foundationalism? And yet it is never raised again.

I am basing this observation purely on Everitt's summary. Perhaps Plantinga addresses this in his original papers?
Posted by John Danaher at 10:30 PM