Musings on the Economic Analysis of the Law (Introduction) 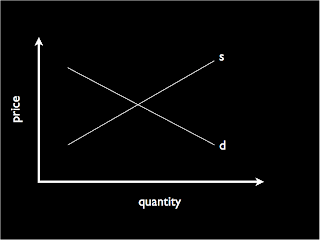 If there can be a division between one's internet persona and one's real self (a question to which I must return), then my real self spends several hours a week tutoring in the philosophy of law. One of the topics that I cover is the economic analysis of law (EAL).

EAL is a brand of legal theory with descriptive, prescriptive and analytical dimensions. It rose to prominence in the 1960s and 1970s in American law schools, being particularly associated with the work of Richard Posner.

When I studied EAL as an undergraduate at an Irish university, I had a general dislike for it. I thought the assumptions which undergirded the theory were dubious, and the normative dimensions to it were odious. This was reinforced by the general antipathy I found among my lecturers.

I have spent the past three years looking at behavioural science and the law. This has led to me reversing many of my earlier conclusions about EAL. Many not all.

I have now come to the conclusion that EAL is actually a powerful analytical tool, one which is underappreciated in my neck of the woods (it is hugely popular in the U.S.).

I want to spend some posts outlining my current position on EAL. I appreciate that this may seem a thoroughly uninteresting thing to do to. But I think the topic is interesting and it offers a gentle introduction to later series in which I examine behavioural science, game theory and normative systems -- the three topics with which I spend most of my time.

Here's an index for the series:

1. What is Economic Analysis of Law? Four Key Points

3. The Poisoned Chalice: An Illustration of Interactive Games

4. The Soldiers' Dilemma: The Problem of the Stable Equilibrium

5. Leviathan: Lifting Us Out of the State of War

6. The Law Has Gone Too Far: The Problem of Social Cost

7. The Market is Failing: The Problem of Normative Economics


NOTE: This series is based largely on notes compiled for my philosophy of law tutorials - I will try to make the disjointed bullet points as smooth as possible.
Posted by John Danaher at 12:24 AM