What if God Commanded Something Terrible? (Part 2): Divine Essences 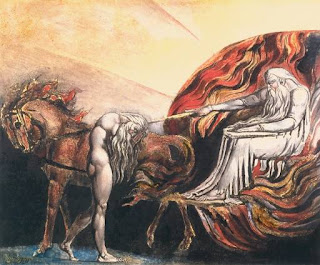 This post is part of my series on Wes Morriston's discussion of theistic morality. For an index, see here.

I am currently looking at an article entitled "What if God Commanded Something Terrible?".

Part One showed why the prospect of God commanding something terrible is problematic for the defender of a Divine Command Theory (DCT). In responding to this problem, the theist can deny that God could command something terrible. This response is usually justified by saying that it is part of God's essential nature to be good.

Morriston identifies three hurdles facing this type of response, let's look at each of them in turn.


1. The Hurdle of Divine Omnipotence
Most defenders of the DCT believe that God is omnipotent. This means that God has the power to do anything that it is logically possible to do. There is nothing logically impossible about commanding something terrible. But then this implies that God would have the ability to command something terrible (indeed, the bible suggests that this was done).

There is a subtle reformulation of omnipotence that may sidestep this hurdle. The theist could say that God has as much power as is compatible with his goodness. So God is all-powerful with respect to his nature.

This sidestep is fine, but it does amount to a rejection of divine omnipotence. To see why this is the case, I invite you to image a being who has all the powers associated with God, but with the additional power to command evil or wicked acts. This being is logically possible and more powerful than God. Therefore, God cannot be omnipotent.

This analysis has two sobering implications. First, it allows for the possibility of an all-powerful evil being. And second, it undermines the rational attraction of theism: why worship a less than omnipotent being?


2. The Hurdle of Divine Transcendence
Sceptical theists might defend DCTs by pointing out that God is "wholly other". God is an eternal, omnipotent, omniscient and omnibenevolent being. We paltry humans are nothing of the sort. We have no right to think that our moral intuitions (about, say, child sacrifices) are correct. Therefore, if God commands us to do something terrible, we can be sure he has morally good reasons for doing so.

One difficulty with this line of argument, especially when we add-in the problem of evil, is that it would seem to mandate a global moral scepticism. Suppose you are a witness to a rape. Should you intervene? Well, if we take the sceptical theist position seriously, we must countenance the possibility that God has a reason for allowing this to take place. Thus, our moral convictions begin to ebb away.

Perhaps we can shore up this deficit by claiming that in the absence of an explicit divine command to the contrary, we should go with our gut feelings. Morriston considers this type of argument later in the article.


3. The Hurdle of Divine Sovereignty
A central wish of theists is for morality to be "up to God". In other words, they deny the possibility of morality without God. This is the doctrine of divine sovereignty. It is simply a redescription of the DCT that underlines the necessary relationship between God's command and the content of our moral beliefs.

If the doctrine of divine sovereignty is challenged, then it will be because there is a standard of goodness independent of God that places restrictions on what he can command. Such a challenge would make God irrelevant to morality. The goal would shift from working out what God commanded, to working out what this independent standard demands.

But those who support the idea that God is essentially good (and so could never command something terrible) are effectively denying divine sovereignty. Remember, God is said to possess certain properties such as omniscience, omnipotence, immateriality, necessity and so on. These properties are defined independently of God. In other words, we do not say that "omniscience is up to God" or "necessity is up to God". Indeed, to say such things would be extremely odd. The same logic applies if we describe God as being essentially good: the property of "goodness" must be defined independently of God.
Posted by John Danaher at 10:00 AM