What if God Commanded Something Terrible? (Part 3): A Modified DCT 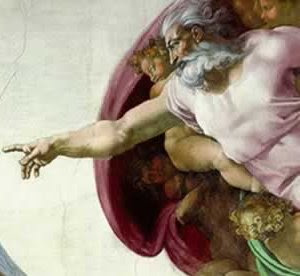 I am currently working my way through an article by Morriston entitled "What if God Commanded Something Terrible?" -- the question says it all!

Part One explained why this question is a problem for the defender of a divine command theory (DCT) of morality. Part Two dealt with the first theistic response to the problem, which was to claim that God is essentially good and so could never command something terrible. That response was found to be lacking.

This part covers a second theistic response that is developed in the work of Robert M. Adams. Adams defends a modified version of the DCT, one suggesting that we may not always have an obligation to follow God's command.

Upon reading this section of the article for the first time, I was baffled. Either (i) it was late and I was too tired or stupid to concentrate on it; or (ii) Morriston's discussion lacked its usual perspicuity; or (iii) Adams's theory is odd; or (iv) all of the above.

Undeterred, I left it alone for a while and reread it later on. It made more sense the second time, but I was still slightly perplexed at the subtle distinctions being made. This post may well reflect my confusion (and lack of subtlety).


Morality does depend on the Commands of a Good God
Morriston states that Adams himself believes God to be a necessarily existent and essentially good being. Furthermore, Adams thinks a DCT offers the best hope for an objective morality. Thus, he defines morally wrong conduct in terms of contrariety to the commands of a good God. For Adams, God's goodness is fairly stringently defined in terms of a set of properties. Only when God has these properties do his commands issue in moral obligations. This is his modification of DCT

Adams is then willing to consider possible worlds in which God does issue terrible commands (this would be a bad God), and even worlds in which there is no God. He uses the example of a command to sacrifice a child as a reference point.

Adams suggests that if you were to receive such a command, you would have to ask two questions (a) is it still wrong to sacrifice your child? and (b) are you obliged to sacrifice our child? Adams thinks that his modified DCT allows us to answer the second question in the negative. This is because such a command could only come from a bad God.

There is a problem here. Adams thinks morality is dependent on the commands of a good God. If God turns around and issues a command for child sacrifice, then he can no longer be considered good. So, if we got such a command, the objective basis for morality would collapse. This implies that in this possible world, child sacrifice is acceptable, along with everything else.

Morriston points out another troubling implication that arises from Adams's DCT. Since morality is dependent on God's commands, wherever God is silent there is no morality. So if there has been no pronouncement on the propriety of child sacrifice, it is permissible.

There is something slippery about Adams's discussion: he seems to make God dependent on morality at one point (i.e. when saying God must have certain properties), and then he flips and says morality is dependent on God at another point (i.e. when discussing the implications of the command for child sacrifice).

To put this another way, Adams is trying to repossess an already-eaten cake. He is trying to save our intuitions about certain things being wrong, while preserving the dependency of morality on God. It does not seem possible to do this.

Morriston's discusses some other aspects of Adams's theory, but once the points just discussed are made it seems slightly unnecessary. Indeed, Adams's theory does not seem to differ greatly from those considered in Part Two.

Maybe I am being unfair about all of this. Correct me if I am.
Posted by John Danaher at 10:00 AM